Smartphone camera technology has evolved rapidly over the last two years. Dual and triple lens setups are now the norm, with new technology being introduced to many different upcoming smartphones. Honor is focusing on a TOF camera which is combined with the massive 48MP sensor on the Honor View20.

Up until this point, camera improvements have been limited to image quality and speed. The Honor View20 brings improvements that will enable all sorts of new 3D and AR technology. This is truly a camera improvement that is going to affect much more than just your photos. Augmented reality (AR) and holographic projection have spread their wings recently, but it’ll be long before they can truly take flight — not until cost and portability issues are improved.

HONOR smartphone designers believe 3D is the trend of future tech innovation, and that mobile phones are the best platform for it. That is how the HONOR View20 came into being, as a daring exploration into this field. An essential part of TOF 3D is 3D structured light technology, which was a really important step in the evolution of 3D imagery.

3D structured light technology was first made widely available in the iPhone X, whose TrueDepth camera uses a dot projector to send out a large number of light dots and then reads the pattern as they reach the target surface, forming a structural diagram.

TOF 3D is a much more advanced version of this type of technology. The TOF sensor measures the time it takes for the light to reach its target and the return back to the sensor. It then calculates the distance in-between using that time and the speed of light. So instead of using a limited number of dots to maps the 3D space, a large amount of light can be used to connect every bit of surface in your 3D area.

HONOR View20 designers chose TOF 3D over structured light for the following reasons:
⦁ The “surface light” transmitted by TOF 3D is highly sustainable over a long distance, so its working range is far greater than the TrueDepth camera.
⦁ The TOF 3D sensor supports a higher frame rate and is therefore more powerful in real-time performance. It is ideal for capturing movement in 3D motion-controlled gaming.
⦁ TOF 3D consumes less power in the same amount of time.
The sensor’s magic is enhanced by the powerful Kirin 980 processor, granting the HONOR View20 a myriad of 3D functions. If you have purchased the Honor View20 and are looking to explore the uses of the 3D ToF sensor, you can now experience 3D motion controlled gaming through two games that are made specifically for this purpose. Fancy Skiing and Fancy Darts utilize the specialized hardware on the View20 to give you an alternative gaming experience. The View20 in these games acts similar to a Microsoft Kinect to detect and read the movement of your body. You do need to connect your phone to a monitor using either a Miracast, a USB Type-C to HDMI adapter or a special dock made by Honor. The feature is a bit gimmicky, as there is a slight but noticeable delay between our body movement and the input reaction on the display. There isn’t a whole lot of replayability in these games once the novelty factor wears off, which is to be expected since this is one of the first device to feature this hardware. Nonetheless, it is an interesting first step towards exploring diverse rear camera setups to enable a wider range of functionality other than just photography. All the computing is expertly handled by the world’s first 7nm AI chipset, Kirin 980, which comes equipped with the HONOR View20.

Two games are currently supported, Fancy Skiing and Fancy Darts, with more coming in the future. We can’t wait to see where the future will take us. 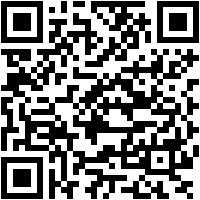 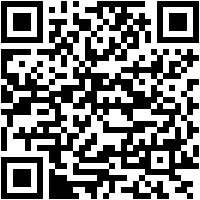 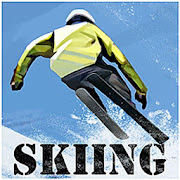 Magic AR is another way the HONOR View20 brings together the real and virtual worlds. In this application, there is a function called AR dance, which adopts the same motion detection principle as 3D motion gaming. AR Dance also incorporates, as its name states, AR algorithms supported by the Kirin 980. They can project a virtual character “next to” you and control it to follow your actions.

Watch George Zhao take to the stage to demonstrate the AR dancing feature of the Honor View20.

Download Magic AR on Google Play Store or AppGallery now and dance with your favorite character!

The Future of TOF 3D Technology

The HONOR View20 is just scratching the surface of the potential of this new camera technology. In the future we will see more complex applications being developed that will use this tech in more creative and useful ways.