Apple’s newly released iOS 14 update has this functionality in the form of privacy indicators. It shows orange and green indicators in the status bar when an app is accessing your microphone or camera. While Android 12 may add the feature, XDA Recognized Developer jagan2 has taken it upon himself to bring the iOS-style privacy indicators to any smartphone running Android 7.1.2 and above. We’ve covered this app twice before, but it’s returning to our frontpage because its latest update adds support for a GPS indicator.

Similar to Apple’s implementation, Access Dots shows a tiny dot in the status bar to indicate whenever an app is using the camera, microphone, and location.

Access Dots relies on an Accessibility Service to do its job. Although the app itself doesn’t request permissions for the camera and microphone, you need to grant the GPS permission if you wish to use the location access dot. The app also maintains a log showing exactly when the permission was requested, which app was in the foreground when the access was requested, and how long the access lasted.

The color of each dot can be customized to your liking, and you can also choose where you want the dot to pop up. For example, you can have the dot show up on either the right or left side of the selfie camera, in the top right or left corner, or at the bottom. Moreover, you can also customize the size of the dot.

Here’s the rundown of the main feature of Access Dots: 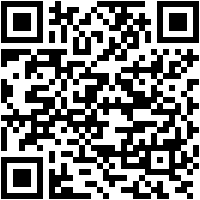