PlayStation 2 emulation has been in a weird place on Android for a long, long time. While it’s been possible to emulate the system on your smartphone using a certain emulator available on the Play Store, allegations of stolen code and unethical business practices meant many, ourselves included, refused to promote the app, even if it was the best way to play them. Now, AetherSX2 is the best way to play PlayStation 2 games on your Android smartphone. It’s free, you can download it from the Google Play Store, and it’s the fastest, too.

I ran some tests to see what games work and don’t work, and the results are surprisingly excellent. To use AetherSX2 at the moment, you will still need a smartphone with top-of-the-line specifications. I tested on the OnePlus 9 Pro on Android 12 switching between Vulkan and OpenGL dependant on which the game performed best. The OnePlus 9 Pro is one of the most powerful devices on the market for emulation currently, and it struggles to achieve 100% speed in some of the most popular titles. I tested the original Ratchet & Clank, Need for Speed: Underground 2, and The Simpsons: Hit & Run. I wanted to also test Sonic Heroes, as while it ran perfectly on a previous build, it has broken in the most recent one.

Note: this is an early alpha build. The developer gave us access to a private alpha build that we have been testing for a number of weeks. There is now a public alpha, which you can sign up for. There are plenty of broken games and features currently, and updates may introduce regressions. You should also check out the official AetherSX2 website for more information.

There are really only two alternative emulators out there for PlayStation 2 emulation — one is Play!, a high-level emulator that doesn’t require a BIOS to run, and the other is in violation of the license agreement of PCSX2. While AetherSX2 makes use of PCSX2 code, the developers of PCSX2 have given AetherSX2 their graces. The PCSX2 developers have explained the licensing situation too; in essence, its core code is LGPLv3 licensed, and any of the code still leftover in AetherSX2 that’s covered under GPL will be removed by the time the app is officially released. Currently, AetherSX2 is available in early alpha.

To run AetherSX2, you’ll need a 64-bit device and the chipset will need to have “big”/performance cores — the developer recommends at least a Snapdragon 845. You can play games either using Vulkan or OpenGL dependant on which performs best on your device, and you can hot-swap between the two while in-game. There are a lot of great features in AetherSX2, including internal resolution scaling, save states, multiple control schemes, and more. As already mentioned, it’s still in alpha, so your mileage may vary on performance. For example, only recently was Ratchet: Gladiator (known as Ratchet: Deadlocked in the U.S.) actually made playable, as it would crash after completing the first cutscene before a recent update.

For those looking for source code, Tahlreth shared on Reddit that the LGPL portions will be available on request. You will also be able “to relink the combined shared library as required by the license with the provided object file“. No Java source code will be made public according to Tahlreth, and the reason given is to prevent clones stuffed full of advertisements and in-app purchases. Given that there are already apps purporting to be AetherSX2 out there, this argument does make sense. AetherSX2 does not have advertisements, and it doesn’t even have internet access. The difference between LGPL and GPL is that in the case of LGPL, developers can borrow, modify, and re-distribute that code as part of their own project, so long as that part of the code is relicensed under the LGPL. The rest of the project is permitted to be under another license. In the case of GPL, the entire project would need to be licensed under the GPL.

If you’ve seen any footage from AetherSX2 as well, you’ll have noticed that there’s no D-Pad, and there’s only one control stick. That can be changed in the middle of a game from accessing the emulator menu to display those extra controls too. The problem is that because of the decreased screen real estate, there’s no reason to show those all the time, especially as plenty of games work without them. The only game I had problems with in relation to this was Ratchet: Gladiator, as the second control stick is needed to turn the camera around.

There are steps you can take to improve AetherSX2’s performance, and in fact, the developer has been testing it a lot on their POCO F3 with the Snapdragon 870. There are a ton of settings you can tweak and play with, but there are only three that I’ve actually modified.

The first setting you can tweak that arguably matters most is the GPU renderer. You can choose between Vulkan or OpenGL, and the performance you get will depend on the device you’re using and the game you’re playing.

If you haven’t heard of the Khronos Group’s Vulkan Graphics API, think of it as an alternative to graphics APIs like OpenGL or OpenGL ES. It’s backed by companies like NVIDIA and Intel, and it’s intended to give developers more options when they’re programming cross-platform games. It also has a lower CPU overhead, which in turn can lead to better performance. As Tahlreth says, OpenGL is only faster in some games because it has framebuffer fetch. Your mileage will vary as a result.

The next option is underclocking, which I’ve found has great results when underclocking to 75%. The third and final one is a new option added in the most recent AetherSX2 update at the time of writing, and that is “skip presenting duplicate frames”. It attempts to detect the game’s internal framerate and prevents it from presenting duplicate frames. A combination of this and underclocking turned games like Need for Speed: Underground 2 from borderline unplayable to running at a consistent 100% speed.

Ratchet & Clank is a nostalgic favorite of mine from the PlayStation 2, and one that I was the most excited to play on my smartphone. While performance isn’t perfect just yet, there are steps you can take to improve it. The video above is recorded on the OnePlus 9 Pro with the straight out-of-the-box AetherSX2 experience — that is, no tweaks or other changes were made.

Need for Speed: Underground 2 is one of the games that required additional tweaks to work. However, when applying a 75% underclock and removing duplicate frame rendering, it went from roughly 50-60% speed to 100%. The footage above was also taken on the OnePlus 9 Pro, though the game did hang at the very end of the video. This game was problematic to emulate on PCSX2 for years, making it an incredible achievement that it runs as well as it does here.

The Simpsons: Hit & Run is a game I come back to often when testing smartphones because it’s a game I’m hugely familiar with. Through AetherSX2, this is definitively the best way to play the game and runs much better than it does through the likes of Dolphin Emulator. I even tested it on the Google Pixel 6 Pro, and while there were a lot of graphical glitches, the game ran well — better than with Dolphin Emulator. You can see a short snippet of gameplay below. The Vulkan renderer does not work on non-Adreno GPUs.

Given the alternatives for PlayStation 2 emulation in the past, AetherSX2 is a fantastic step forward. Its support from the PCSX2 developers also goes a long way, and we’re looking forward to seeing how the emulator grows and matures in the future. I’m personally excited to see how the new Qualcomm Snapdragon 8 Gen 1 will fare. Be sure to give it a try and let us know what you think in the comments! 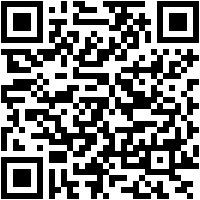