To no one’s surprise, Apple AirTags are being misused to stalk people

They're a privacy nightmare, and the current safety measures aren't enough

Back in April, Apple announced AirTags — which are trackers with Find My network support. The concept behind them isn’t new, for Tile trackers have been around for years. However, Apple tends to popularize a certain product category once it releases its own version of it. For example, wireless earbuds weren’t as commonly used before the Cupertino giant introduced the AirPods. With AirTags now being a relatively cheap, available, and known product, stalking has become convenient and accessible to even more predators. Don’t get us wrong — AirTags are great products, but they’re also a privacy and security nightmare that to some extent Apple isn’t taking as seriously as it should.

If you don’t know, AirTags are what you can attached to shit so you don’t lose it. But someone put one of theirs *on my car*. It was 2 am and I was driving away with no cars around me and I kept getting this alert for like 30 mins straight. pic.twitter.com/qpodvYAphV

You’ve probably heard about the surge in car thefts, following the release of AirTags. Thieves are using them to mark targeted cars when they’re parked in secure locations. They will then track them through their iPhones and steal them when the owners least expect it. The latest horror story has been shared by a person called Jeana on Twitter. She got a notification on her iPhone alerting her about an unknown AirTag following her around — as she drove her car after a night out. Fortunately, it occurred to Jeana not to return to her house that night, as that would’ve revealed her home’s location to the stalker. With the help of a friend, she was able to find the AirTag attached to her car’s wheel well and get rid of it.

Why Apple is to blame for AirTag-related incidents With great power comes great responsibility. We can’t deny that Apple influences the whole world with its products. The company releasing AirTags without implementing proper privacy measures is dangerous and irresponsible. We can’t compare Tile trackers to AirTags because they:

AirTags piggyback other internet-connected Apple devices to report their locations to the respective owners. With iPhones being everywhere, especially in the Western parts of the world, AirTags act as live trackers in populated areas. And considering their small size, one-year battery life, and affordable $29 price tag, these trackers have perhaps become the most convenient and “innocent” stalking device. And Apple isn’t doing enough to protect people from this double-edged sword. Apple can’t just keep on ignoring the elephant in the room — the world doesn’t revolve around its products exclusively. I do believe that iOS is a better operating system than Android for the average user. However, it’s highly irresponsible of the company to release AirTags without proper privacy alerts on Android phones. And the Tracker Detect app it released earlier this month is not it.

Most Android users who aren’t tech-savvy have probably never heard of Tracker Detect. And those who have installed it don’t get background scans. So unless you manually check the app by yourself every now and then, you won’t get the peace of mind iPhone users get. On iOS 14.5 and later, users will automatically get notified if an unknown AirTag is following them around — and that’s how Jeana was able to find out she was being stalked.

Now change one factor in Jeana’s story — her phone’s operating system. Had the lady been using an Android phone — and isn’t aware of or actively using Tracker Detect — then she wouldn’t have learned about the hidden AirTag, and the stalker would’ve found out where she lives. Thankfully she owned an iPhone and was able to detect and react accordingly. By not releasing a proper Android app or even building a protocol with Google that works on a system level (without needing to install an app), Apple is putting a lot of people at risk. The billion-dollar corporation has no excuse, for independent developers have already released an app that automatically scans surroundings for AirTags. People using non-Apple operating systems shouldn’t feel helpless and anxious just because they’re not using the company’s products. 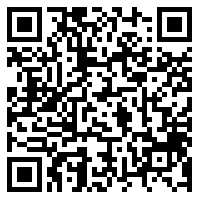 When iPhone or Android users find a lost AirTag, they have the option to scan it using NFC. This would typically reveal the contact information of the owner to help them recover their lost item. However, AirTags can be reprogrammed to redirect those who scan them to phishing websites. A good-willed person who isn’t paying full attention could easily become a victim of phishing.

Additionally, Apple doesn’t offer any practical anti-stalking solutions for those who don’t have phones on them at all — such as youngsters. A predator could slip an AirTag into a kid’s backpack to learn about their routes and house location. And don’t get me started on domestic abuse and malicious people stalking their unsuspecting partners. AirTags are great products, and that’s exactly what makes them dangerous. Until Apple releases proper privacy and security features to make misusing them as hard as possible, they’ll remain a widely-available catalyst for crimes like theft, rape, kidnapping, and even murder.

Do you use an AirTag? If so, what for? Let us know in the comments section below.

XDA » News In-Depth » To no one’s surprise, Apple AirTags are being misused to stalk people