In October, Amazfit refreshed its smartwatch lineup with the introduction of the Amazfit GTR 3, GTR 3 Pro, and GTS 3. All three smartwatches have a great price to performance ratio and offer a feature-packed software experience that can hold its own against the likes of Wear OS-powered watches. Shortly after the launch, Amazfit rolled out a major software update for the new watches that fixed many bugs and optimized the heart rate sensor. Now the company is rolling out a new update for the lineup that brings along some new features and refines the overall software experience.

The Amazfit GTR 3 Pro is getting firmware version (via Tizenhelp) 8.26.3.1, while the GTS 3 is picking up firmware version 7.30.3.1. In terms of changes, the latest update adds a GoPro mini app to the Zepp app store, a background app status indicator on the watch face, the ability to manually calibrate altitude, and more.

Note that out of all three watches only the GTR 3 Pro has the app store. As such the GTR 3 and GTS 3 won’t be able to access the GoPro mini app or any new apps that get added to the app store in the future, for that matter. 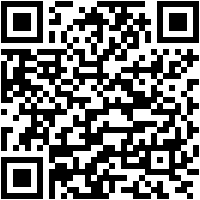 The Amazfit GTR 3 received its first software update last month, which brought a host of changes including optimized heart rate and VO2Max algorithms and a fix for music playback bug.