Chinese smartwatch maker Huami is adding a new smartwatch to its portfolio. The new Amazfit T-Rex Pro is an upgraded version of last year’s Amazfit T-Rex and offers a rugged smartwatch experience just like its predecessor.

Huami says the Amazfit T-Rex Pro can withstand extreme conditions and is a perfect fit for adventurers and people living in harsh weather. The watch has passed 15 military-grade tests and can endure temperatures as high as 70°C and as low as -40°C. It also boasts humidity resistance for up to 240 hours, damage attacks from alkalis or salt for up to 96 hours, snow resistance, and shock resistance. The watch sports a 1.3-inch HD AMOLED display with a screen resolution of 360 x 360. The watch is paired with a skin-friendly silicone strap that has a “sweat-wicking design” to ensure it remains dry and comfortable. The Amazfit T-Rex Pro supports four GPS for accurate navigation and has a 10ATM rating for water resistance at up to 100-meter depth. In terms of sensors, the Amazfit T-Rex Pro comes equipped with an optical heart rate sensor, 3-axis acceleration sensor, gyroscope sensor, ambient light sensor, and barometric altimeter. As usual, you also get 24-hour heart rate monitoring and sleep quality monitoring.

The smartwatch packs a 390mAh battery which the company claims lasts up to 18 days on a single charge. The Amazfit T-Rex Pro operates on Bluetooth 5.0 BLE and is compatible with devices running Android 5.0+ and iOS 10.0 and above.

The Amazfit T-Rex Pro comes in three colors: Meteorite Black, Desert Grey, and Steel Blue. The watch is available for purchase starting today at $179. The device will also be making its way to India soon. 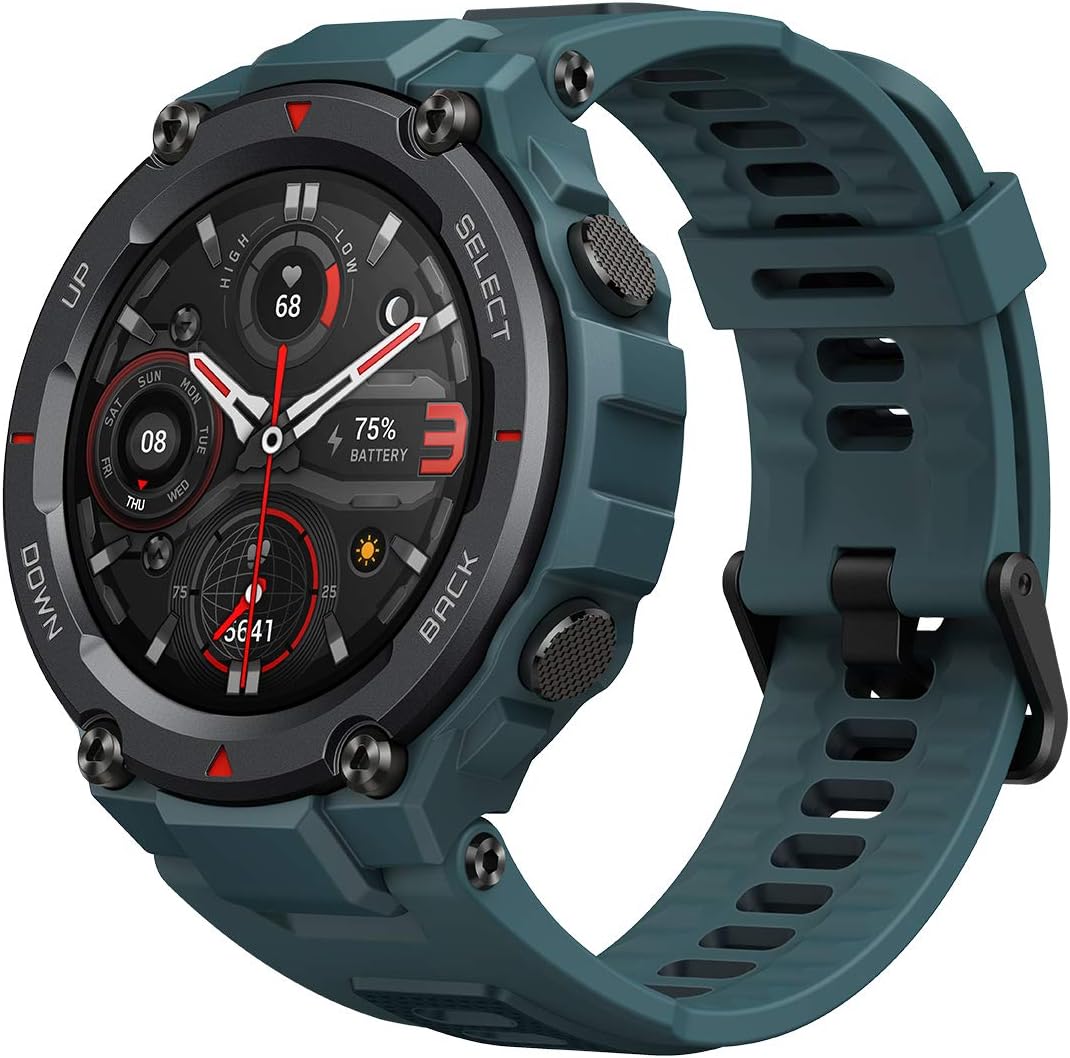 Looking for a rugged wearable that can track your health and fitness? Amazfit's T-Rex Pro smartwatch comes equipped with numerous sensors for all your needs.

Amazfit has confirmed that the new Amazfit T-Rex Pro will be launching in India on March 28. The watch is priced at ₹12,999 and will be available from Amazon.in and Amazfit India’s website, with preorders kicking off starting today.