Worldwide, Amazon has bet big on its Prime Video streaming service despite competition getting tighter because of the launch of new video streaming services such as Disney+. As we stand right now, though, Amazon still holds a significant amount of users and bets big on exclusive content as well. An Amazon Prime membership gives you access to Amazon Prime Video, while a standalone subscription is also available and costs a little bit less. But not everyone can afford to pay a subscription. In the United States, there’s IMDb TV, an ad-supported streaming service for watching movies and series. Now, Amazon is launching yet another one, specifically for India, called MiniTV.

MiniTV will be accessible directly from the Amazon India app and will initially focus on web series, comedy shows, and content related to tech news, food, beauty, and fashion, according to Amazon. Everything will be geared exclusively towards the Indian market. Some of the currently available titles were created by TVF and Pocket Aces, two of India’s largest web studios, or provided by Indian comedians.

The company also added (via: TechCrunch) that viewers will “be informed on latest products and trends by tech expert Trakin Tech, fashion and beauty experts such as Sejal Kumar, Malvika Sitlani, Jovita George, Prerna Chhabra, and ShivShakti. Food lovers can enjoy content from Kabita’s Kitchen, Cook with Nisha, and Gobble. In the coming months, MiniTV will add many more new and exclusive videos.” The service is currently live on the Android version of the Amazon India app, and the feature is also set to come to the iOS version as well.

This service isn’t meant to capture the same market they’re trying to grab with Prime Video. In fact, Amazon is still pushing its Prime Video service aggressively in India, and competition in this space is still really tight. MiniTV is probably meant to tackle other free video platforms rather than paid ones—it seems to be going directly after Flipkart’s free video streaming service, Flipkart Video, which they rolled out in 2019.

You can check out MiniTV right now from the Android version of the app. 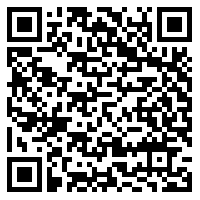