Google’s latest Pixel 2 and Pixel 2 XL flagships have an awesome new feature called “Now Playing.” Using a combination of software, hardware, and machine learning, the Pixel 2 uses an offline database to identify tens of thousands of songs playing in the background. It then displays those songs on your device’s lock screen, always on display, or as an ongoing notification. The feature sounds gimmicky on paper, but after using it myself I found that it works really well. That being said, this kind of feature isn’t everyone’s cup of tea, so XDA Recognized Contributor Quinny899 came up with an app called Ambient Lock Screen Music which allows you to display the name and artist of any currently playing song on your device where the Now Playing text would normally appear.

As you can see in the video above, the developer enables the app and then starts playing a song from Google Play Music. When they show the lock screen, you can see the currently playing song at the bottom where you would normally see the Now Playing feature insert text when it recognizes a song. 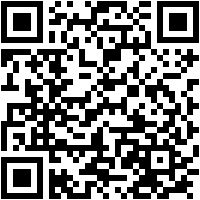 It is not only free, but it’s also totally ad-free as well. It supports displaying song titles/artists from almost any music app such as Google Play Music, Spotify, YouTube Red, and more. You can also blacklist apps from showing text on the ambient display. Finally, the app even allows you to double tap on the text shown on the ambient display to launch the music app.

We should note that this does not necessarily replace the Now Playing feature, though it may conflict with it. If Now Playing is enabled at the same time as this and you are listening to music while Now Playing is actively detecting a song, then whichever sends an intent to SystemUI the latest will show up on the ambient display. Regardless, Now Playing will still show a notification with whatever song it detected, so you won’t be missing out on the feature if you use Ambient Lock Screen Music.

As mentioned previously, this application works by sending an intent to the SystemUIGoogle application. In Quinny899’s app, this is the code responsible for sending the intent:

Let’s break this down some. The action in this intent is “com.google.android.ambientindication.action.AMBIENT_INDICATION_SHOW” and it has a few intent extras that can be sent with it.

Finally, in order to send this intent, the calling app must have the permission “com.google.android.ambientindication.permission.AMBIENT_INDICATION.” This permission is defined as signature|privileged so that is why this app requires root access.

If you want to test this on your own, you can open up a rooted terminal or ADB shell session and enter the following command:

This will display the text “hello world” on the ambient display. It won’t allow you to double click, however, as this command doesn’t set up a PendingIntent.

The app has two methods for capturing what song is being played. The first is through MediaController, which requires the app to be bound as a notification listener (though it doesn’t actually mean that the app is intercepting notifications to read the currently playing song). The second is through broadcast receivers which doesn’t require a notification listener (and thus consumes less memory) but is less compatible as some music apps do not send a broadcast intent that this app is set up for.

Using this same intent, you can set up an app or Tasker to send whatever text you want to the ambient display. This opens up new customization options that are entirely dependent on what you want to see. For instance, you can have the weather displayed in place of music.

Where to buy the Galaxy Note 20 Ultra in the US: Amazon, Best Buy, Verizon & more!

Automagic, a popular automation app and alternative to Tasker, is no longer in development

[Update: Most Phones] Google Phone app can now be installed on non-Pixel phones from the Play Store