How to set a schedule for Android 10’s dark mode

Stable Android 10 is now available for all generations of Pixel smartphones and the Essential Phone, and it brings a plethora of highly-requested features such as revamped gesture navigation and system-wide dark mode. The latter feature is perhaps the most impactful since it’s led to many applications adding dark themes, such as Gmail, the Google Play Store, and more. In early Android Q betas, you were able to schedule the dark mode toggle based on the time of day, much like Night Light. However, Google got rid of that option because it might negatively affect the user experience by suddenly restarting applications while you’re using them. Thankfully, with a third-party app, you can bring back Android 10 dark mode scheduling.

I confirmed this app works on my Pixel 2 XL running the stable Android 10 release. All I had to do was install it and run a single ADB command to grant it permission to change the setting that controls the system-wide dark mode toggle. ADB, or Android Debug Bridge, is a developer tool that can be used to control various options on your phone; it’s mostly used for development, but it can also be useful to grant permissions that the Android OS otherwise won’t let you grant. So long as you’re careful about what apps you’re granting permissions to, you’ll be safe. Oh, and running this command won’t void the warranty in any way.

After you grant the app the proper permission, the app then handles changing the dark mode based on your chosen schedule. The best part is that it also has an option to only change the active theme when the phone is locked. That way, an app won’t suddenly restart on you while you’re using it. Now, here’s how to set it up. 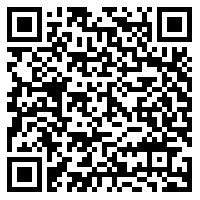 The developer of this app says that they plan on adding dark mode scheduling based on the sunrise and sunset schedule as well as an option to hide the app icon from the app drawer. This is a fairly simple app that does its job just fine, but these added features will make Android 10 dark mode scheduling feel like a native feature.

Note: While you can technically automate the dark mode in Android 10 using an automation app like Tasker, this app is free to use and serves only a single purpose. If you’re interested in automation in general, I highly recommend learning how to use an app like Tasker.