In case you missed the deluge of news last week, Google released the first Developer Preview of Android 12, and we’re really excited about all the changes we’ve found so far. One of the changes we heard about prior to release was a feature called App Pairs. Through our own sources and code analysis of Android 12 Developer Preview 1, we can confirm that the feature is indeed in development. We’ve even managed to toy around with it in its unfinished state.

For background, App Pairs is a new feature in development for Android 12 that will let you create a pair of apps to launch in split-screen view simultaneously. This app pair then acts as one task rather than two, making it easy to relaunch both apps in split-screen view after entering the recent apps overview. You’ll find a similar feature in Samsung’s Android software (it debuted on the Galaxy Note 8) and on Microsoft’s dual-screen Surface Duo, but Google’s version of the software should be accessible to all devices running Android 12, provided it makes it into the stable release.

Using a hidden shell command, we managed to play around with the App Pairs feature a bit, but it still has a long way to go before it’s usable. For one, while the two apps are treated as a single task, they aren’t actually grouped together in the recent apps overview. There’s no way yet (as far as we can tell) to create a home screen shortcut to launch an app pair, but curiously, launching either of the two apps in the pair will actually relaunch the app pair.

While third-party alternatives like developer Francisco Barroso’s “Split Screen Launcher” currently provide a superior UI, they rely on Android’s built-in APIs to manually launch activities in split-screen mode one-by-one. In addition, the apps aren’t grouped together, so they’re still treated as two separate tasks. That means the app pair is not only a bit slow to launch but requires the activities to be refreshed if they’re being relaunched. A Google-made first-party implementation for all Android 12 devices will certainly be appreciated. 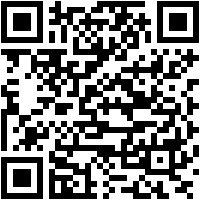 For comparison, here’s a video showing my device launching an app pair created by the “Split Screen Launcher” app:

How to make App Pairs in Android 12 Developer Preview 1

If you want to try creating an app pair yourself, you’ll need to download and then install the first Android 12 Developer Preview. Then, enter ADB shell in a terminal or command prompt on your PC and run the following shell command:

where {taskId1} and {taskId2} are the task IDs of the two apps you want to group. You can find taskIds from the output of “dumpsys activity”. After running this command, it’ll create a new task for the app pair. If you want to unpair these apps, you can run this command:

The featured image is simply a mockup and is not representative of what App Pairs may look like in Android 12.