Google’s latest foray into making Android run every facet of our daily lives is their push into the car with the Android Auto initiative. While certainly not a new idea, Android Auto attempts to leave behind the wild west of previous vehicle implementations in favor of a simpler, streamlined approach. Gone are the multitude of car docks, messes of cables, shoddy Bluetooth connections, and difficult to operate software while driving, in favor of a single USB connection to your device, which can then be tossed into a center console and forgotten about. When reading about the features and implementation of Android Auto, one might consider how it’s any different from grabbing a Nexus 7 or similar device and having it permanently installed into the dashboard, or if that approach would be even more preferable to a system built around Android Auto. Exploring the key differences between these two approaches leads to the belief that the Android Auto implementation is ultimately the way to go. 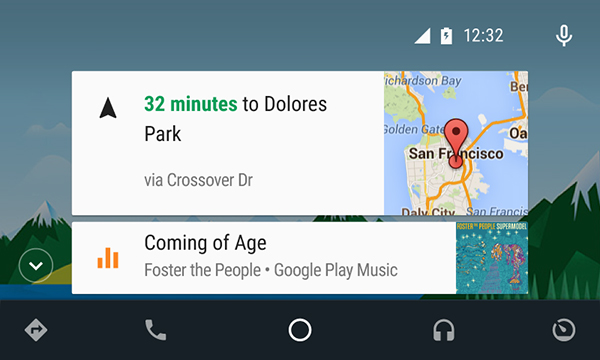 The basic operation of Android Auto is simple to explain: download the Android Auto app to a compatible device, connect the device to a compatible car or aftermarket car radio using a USB cable, review some terms and conditions before the first use, and you’re set. Your car or aftermarket stereo displays the content, so you are free to place the phone out of sight while traveling. Delving a bit further into the process reveals a lot of smart choices on Google’s part. The phone you have connected provides the processing power, internet connection, and telephony functions of Android Auto…your car or aftermarket stereo system simply outputs the UI as well as handles the other sources you have available to you (CD playback, AM/FM/Sirius XM sources, etc.). Your device automatically substantiates a Bluetooth connection to handle phone call audio, contact management, and text message functionality, while the music audio from sources such as Google Play Music and Spotify is passed over the USB connection. Navigation is handled via Google Maps, and Google Now acts as the “home screen” on your car dashboard. All of these features work seamlessly together to provide the most relevant content. 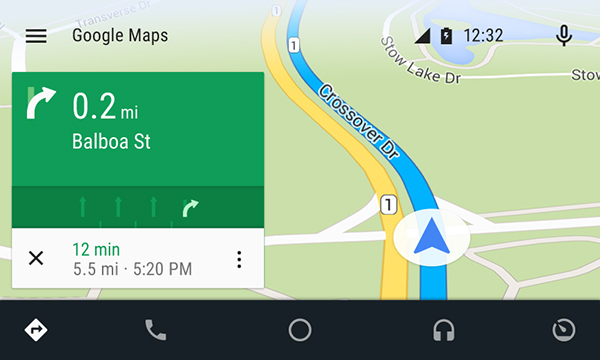 There are some clear, front-and-center benefits to this setup versus retrofitting a dedicated tablet into your car’s dashboard. Since the phone you have connected to Android Auto is providing the processing power and functionality, upgrading your phone can potentially provide functionality improvements as well as introduce new features down the line. This makes a lot more sense, as a car is generally kept in service a lot longer than a phone. And since Google has standardized the UI of Android Auto regardless of which app is providing content, everything is laid out to provide the driver an infotainment system with minimal visual distractions. On-screen buttons are big and function the same regardless of what you’re doing, and the driver is given a lot of voice command functionality, which can be accessed via steering wheel controls. 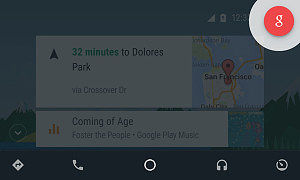 In terms of audio processing, routing, and quality, the benefits of this system are enormous, but yet often go understated. Your car stereo or any aftermarket stereo system will contain much higher-grade audio circuitry than what is commonly put into consumer devices such as tablets and smartphones, simply due to the nature of the product category. In an Android Auto system, the audio is carried as digital information over the USB connection, but the sound processing, D/A conversion, channel routing, and crossover points are handled by the stereo system itself, and then outputted to your car’s speakers. This is an important distinction: fitting a Nexus 7 or other consumer device into your dash means that, no matter how you choose to output the audio of that device, the audio quality will be comparatively compromised. Using the headphone output of the tablet into an AUX line-in port on your car means that you are instead using the cheap A/D and D/A converters and preamps built in to the tablet. Using the device’s Bluetooth connection to stream the audio to your car compromises the audio output of that system as well, as Bluetooth streaming in and of itself simply degrades the quality of audio. It is even more important to have the car stereo itself handle the audio processing when dealing with systems that have external, dedicated amplifiers to power subwoofers, or when bypassing the built-in amp of the car stereo in favor of an external amp to power the speakers. Simply put, getting the audio information out of your device as unprocessed as possible, and letting the car stereo itself handle all of that is always preferable, and necessary for the best sounding audio possible. 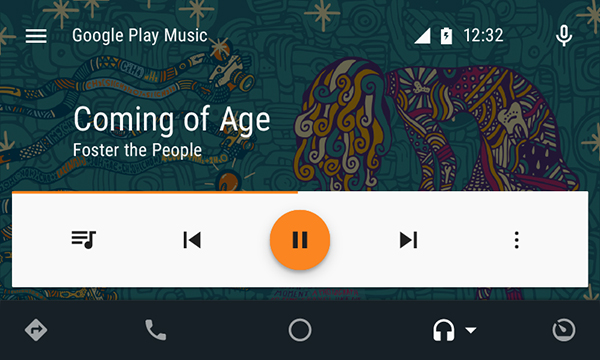 An additional consideration that needs to be made is the longevity of the components. A factory car stereo or aftermarket stereo system is built to both handle and operate in conditions that a consumer tablet is not. Conditions such as temperature extremes and changes, humidity levels, dust, dirt, sunlight, and vibrations will all wear on the components of any system over time. A tablet is simply not meant to be subjected to these conditions for long periods of time. Fitting a tablet into a dashboard as a permanent installation is unwise in this manner; the various components inside of that tablet will not survive being left inside of a car for as many years as one usually plans to own that car. That’s not to mention the other risks of device failure in general, such as software corruption from system updates, file system slowdowns over time, or touch precision on the screen degrading…all problems which have arisen on consumer devices in the past. Additionally, some general considerations, such as having to supply a separate internet connection to the device, as well as device syncing, maintenance and upkeep, need to be made when fitting a tablet, and is simply unneeded in an Android Auto setup.

When taking all of these drawbacks into consideration, an Android Auto setup is simply the best way to go in terms of getting Android into the car. It is simpler to set up, far more intuitive to operate, leads to less road distractions, and will provide much higher audio quality to boot. While seemingly more expensive than custom-fitting a tablet into a car’s dashboard, it is truly designed to last as long as the car is on the road, and functions at a level far greater than previous ways to shape Android into a road-worthy infotainment system. It is also a very new initiative; as time moves forward, the cost of entry into the world of Android Auto will drop, and the car manufacturers of the Open Automative Alliance will be including this functionality in newer models right off of the lot. Google has indeed come a long way in this venture, and what Android Auto is now is only going to improve over time. You can read more about Android Auto on Google’s Android Auto Portal.

Do you have an Android Auto system, or do you plan on getting one installed soon? Let us know your impressions of Android Auto in the comments!