We’ve been digging through Android P DP1 to find out everything new about the release. Our first post on the new features covered almost everything important in the new release, but as always there are a few subtle changes that escape our initial assessment. Therefore, this post will cover the rest of the features that we didn’t mention in our first go-around.

Before we dive in, I’m going to link a few posts that I recommend you read if you want to get the full picture of what’s new in Android P Developer Preview 1. I won’t be rehashing anything covered in these previous posts, so I recommend you give them a read if you are interested in one of the topics mentioned:

Let’s start off with something that I haven’t seen mentioned anywhere else: Android P’s Smart Battery Manager. This isn’t a feature that you can toggle (at least, not without a bit of trickery), because it’s supposed to work without you ever realizing it. The feature is activated by default, and what it does is “automatically adjust[s] power usage by apps based on usage.” If you issue the following ADB command, you can expose the interface for this feature (though there’s no real reason you would ever want to do this): (For my privacy, I’ve redacted some of the apps listed here.)

Charging Sounds Work, and you can Customize It!

When I received my OnePlus 5, one of the minor aspects that I loved about OxygenOS is the neat Dash Charge sound that plays when you plug your phone into a compatible charger. Although I switched over to LineageOS 15.1 on that phone, I was still able to use that audio file for my charging sound thanks to a quick modification. Unfortunately, that didn’t work on my unrooted Google Pixel 2 XL running Android Oreo, because for whatever reason the charging sound in Oreo only plays when the phone is wireless charging…which neither the original Google Pixel nor Pixel 2 supports.

Luckily, that has been changed in Android P Developer Preview 1. If you toggle charging sounds in Sound preferences under Settings, you will now hear a quick sound when you connect your charger. What’s even better is the fact that you can now customize this sound…unofficially, at least!

A simple ADB command and an audio file of your choice is all you need. If you want an example, I’ve uploaded the stock Dash Charge sound from OxygenOS for you to try.

Unzip the above audio file and place it anywhere on your Google Pixel or Pixel 2’s internal storage (I chose the root directory as an example.) Then, in a command prompt or terminal, enter the following:

Replace “/sdcard/DashChargingSound.ogg” with the path to whatever other audio file you want to be played when you plug in your phone. I haven’t fully tested this to see what restrictions there are in terms of what audio files you can play, so don’t be surprised if not every file works.

(Interestingly, the preference is titled “wireless_charging_started_sound” which shows that Google intended for the feature to only work with wireless charging in Android Oreo, but they haven’t yet split the preference into separate one for P just yet.)

SystemUI Tuner is gone, but you can still Customize Lockscreen Shortcuts & Navigation Bar

In previous versions of Android, Google had a hidden “SystemUI Tuner” menu in Settings. This menu was accessed by pulling down the status bar and long-pressing on the settings cog. In Android P, however, SystemUI Tuner can no longer be accessed this way. We’re not sure if there’s another way to access it (we’re waiting on the P DP1 source code drop to confirm), but almost all of the functionality can still be accessed unofficially.

For example, the features that were previously found in System UI Tuner such as lockscreen shortcut customization, navigation bar tuner, and status bar icon control can all still be accessed via ADB. If you would rather not mess with ADB here, then you can get around that requirement by using XDA Forum Moderator Zacharee1‘s aptly named SystemUI Tuner app.

His app should suffice for controlling status bar icons and lockscreen shortcuts, though unfortunately it doesn’t allow you to control the navigation bar. For that, I will recommend you grab the latest beta update for the Custom Navigation Bar app by XDA Senior Member paphonb. With this app, you can swap the back and recents key or get a more compact navigation bar, or do much more. 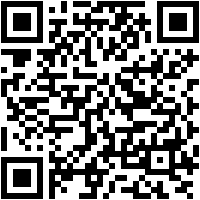 Apparently I’m the only one that gets these red buttons on some Android P notifications. Tapping on them pops up a message “You usually dismiss these notifications. Keep showing them?”

I’m not going to block my Gmail notifications. pic.twitter.com/aGXBcgkGMq

Hopefully, Android P won’t keep asking you to block notifications from an app after you tell it you aren’t interested.

Turn on Bluetooth Automatically when Driving

Hidden away in the Developer Options, there’s an interesting new menu called “Feature Flags.” Within, you can toggle a few in-development features. One of them is called “settings_bluetooth_while_driving” which, when enabled, shows a new toggle in Connection Preferences called “use Bluetooth when driving.” The feature is pretty self-explanatory, but it’s the kind of thing you would expect from an automation app like Tasker. Although, Android Oreo introduced a similar feature for Wi-Fi connectivity, so it’s not too surprising to see such a feature for Bluetooth. Unfortunately, this new feature may not actually work right now. I enabled it on my Google Pixel 2 XL running the first Android P Developer Preview, but I never noticed Bluetooth turning on automatically when I was driving the other day. If you try this feature out and see that it works for you, let me know in the comments below because I would love to be wrong on this.

Although many new Android smartphones are featuring new, fancier ways of unlocking your device such as iris scanners or facial recognition, many users still prefer one of Android’s native set of authentication methods: a PIN, password, or pattern. Unfortunately, pattern locks have long had a flaw: anyone watching your screen can easily see your pattern. Custom ROMs such as LineageOS have long had features to hide the lockscreen pattern trail, but it now appears that Android P will have such a feature natively.

If you go to Security & Location in Settings then tap on “lock screen preferences,” there’s a toggle called “show lockdown option.” This toggle adds a new button to the power menu that, when tapped, locks the phone and disables fingerprint authentication until you unlock using your fallback PIN, password, or pattern. The button also apparently turns off “extended access,” but I’m not entirely sure what that is yet.

The Quick Settings tiles received a major design revamp, and the most controversial change is perhaps that fact that you can no longer expand the tiles. Not every change is bad, though, as the new quick setting tile for alarms has a few fairly useful features. First, it lets shows you the time until the next alarm. Second, you can tap on it to view the upcoming alarm. Finally, you can long-press on it to set a new alarm.

It’s by no means a major feature, but it’s certainly welcome for those of us who prefer minimalist home screens.

One of Android Oreo’s biggest new features is picture-in-picture mode, and with Android P it has received a minor usability tweak to help new users figure out how to disable it without wading through settings. If you tap the picture-in-picture window, there’s a new settings cog that takes you to the permission page for the app to disable the PiP permission. That’s about it for note-worthy, accessible user-facing features. In a future article, I will dive into some hidden things in the Android P Developer Preview that I discovered. Until then, enjoy the latest update on your Google Pixel, Google Pixel XL, Google Pixel 2, or Google Pixel 2 XL!