It still seems to be region-locked, though

Android TV doesn’t get nearly as much attention from Google as Android for smartphones, but that doesn’t mean it isn’t still getting updates and new apps. Last year, Google added a Data Saver mode for Android TV users in India. This feature is intended for users who don’t have WiFi at home and instead connect their smart TV through a mobile hotspot. Now, Google has uploaded the Android TV Data Saver app to the Google Play Store.

With many more brands looking to Android TV for their streaming products, the demand is increasing for new functionality, and for those who love watching streamed content but aren’t on limitless internet, this app could be a gamechanger. It works similar to Google Chrome in Lite Mode — media players are instructed to stream at lower bitrates and/or resolution in order to save as much data as possible. This, in turn, also makes it easier to cut out the buffering on slower connections, bringing glorious HD-content to even more homes around the world. As well as compressing, the app can also be configured with on-screen notifications to warn you of your data use so you don’t get stung with excess fees. There’s even a handy feature to streamline the process of linking to a mobile hotspot. Sadly, it doesn’t look like the Android TV Data Saver app has been opened up for all regions, as we were unable to install it on an NVIDIA SHIELD TV Pro in the U.S. The app, for now, is likely still region-locked, with the Play Store listing only serving as a way for Google to deliver updates separately from OS updates.

Still, with new devices from the likes of Xiaomi, TCL, OnePlus, and not forgetting Google itself, either newly minted or imminent, it seems that Android TV’s days of being an afterthought may be behind it. Although a version of Android 11 for TVs was released in September, a large number of devices, such as older smart TVs, will be stuck on Android 8 or 9 for the rest of their days, so it’s good to see Google release features like this as a standalone app. We just hope they open it up for more users, soon. 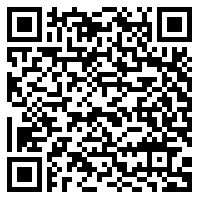