Losing your remote control is never fun, especially when all you want to do is sit back on your couch and enjoy your favorite show. Thankfully for Android TV users, Google offers a fallback option in the form of a virtual remote that you can find in the Google Home app. While it’s a handy option when your remote is lost, it’s quite basic in terms of what it can do. This is where “Android TV Remote” comes into play.

Android TV Remote is a pretty straightforward app and works with pretty much all Android TV versions. All essential buttons, including a D-pad, are present on the main screen. In addition, the app also has a dedicated Apps list that lets you launch your favorite streaming service with a single click.

The current version lacks widget support. Hopefully, this is something that can be added in a future update, allowing users to control their Android TV/Google TV device without having to open the app.

Google used to offer a dedicated app for controlling Android TV devices on your local network. However, the company pulled the app from Google Play Store this year and has slowly been porting its features to other apps. The Google TV app gained a remote control back in September, with the Google Home app picking up the same feature a month later.

If you want to give the Android TV Remote app a shot, you can download it from the Google Play Store by following the link below. 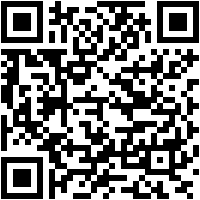 Thanks to Mishaal Rahman for the tip!