LG’s G series has been the company’s main flagship smartphone for years now, but thanks to its release schedule, it has typically struggled to compete in the last few months of each year, losing steam against other releases with newer hardware. This puts the device at a disadvantage so the company created its V series flagship for the second half of the year. Along with the focus on hardware, these devices have been equipped with a secondary display for various shortcuts… though that changed with the LG V30 this year.

The secondary display of the LG V10 and the LG V20 was something that set it apart from competitors, adding a unique selling point to each release. A lot of people complained about its location (since it could be difficult to reach when using the device with one hand), but it was still a feature that had garnered a lot of praise from those who became fans of it. The V series from LG also had a lot of focus on hardware features like a removable battery and the performance of its camera and microphones, make it an excellent device for media creators.

With the V30 though, this changed since they designed it after the LG G6… which meant the removable battery feature was gone, and so was the secondary display. These were two key features that many felt were vital for the V series. There isn’t much LG can do about the removable battery, but they did try to make up for LG V30 not having a secondary display. This came in the form of a software feature now officially known as the Floating Bar.

It doesn’t replace all of the features that people used the secondary display for, but it does do a good job at offering the user quick access to a number of shortcuts. For those who like the idea of this feature but don’t want to buy an LG V30, Reddit user tuannguyenht has released an application called Floating Bar LG V30 that replicates this on any Android 4.4+ device. The application is free (but does have in-app purchases) and comes with the following features: 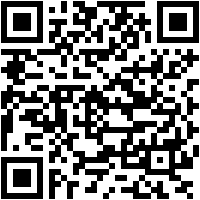