Although most smartphone OEMs rigorously test their devices before putting them out on the market, you can never be completely sure of all the claims they make. This is why many reviewers like Zack Nelson from the JerryRigEverything YouTube channel put phones through various, often unnecessary, stress tests. But since most of us can’t afford to perform such tests on our devices, we’re left with no choice but to believe the manufacturer’s claims if someone else hasn’t done the tests already. Thankfully, there’s a new app that will let you perform one such test without putting your phone in harm’s way.

Water Resistance Tester from developer Ray W is a nifty app that lets you test your phone’s IP67/IP68 water resistance without dunking it in water. The app uses the built-in barometer to check if your phone’s water resistance seals are intact or not. If you’re wondering how that works, here’s a simple explanation from the developer: “When a phone’s water resistance seals are intact, and you apply force to the phone, it results in a measurable increase of internal pressure as picked up by the phone’s built-in barometer. That’s the mechanism the app uses to do its job.” Check out the video embedded below to see the app in action. 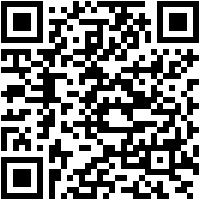