Apple iPhone 12 vs Google Pixel 5: Which phone is for you?

Last week, we did a camera showdown between the Apple iPhone 12 and the Google Pixel 5. Today, it’s time for an overall comparison that takes into account everything else about the two latest phones from the two tech superpowers. The Google Pixel 5’s screen, with a 90Hz refresh rate, is technically “faster” than the iPhone 12’s 60Hz. However, because iOS animations are so well optimized and because the Pixel has never been the zippiest phone, I don’t notice a huge difference in animation fluidity or an overall sense of speed. This doesn’t mean I’m not a believer in high refresh rates. I think OnePlus’s and Xiaomi’s 90Hz are very well optimized and look superior to the Pixel’s 90Hz. Their 120Hz panels are even better. But as far as the Pixel goes, it’s not all that different from the iPhone. But despite the refresh rate not being a huge difference to my eyes, I still prefer the Pixel 5’s screen because it doesn’t have a giant notch. The Google Pixel 5 is also the rare Android phone with bezels that are entirely uniform on all four sides. That notch on the Apple iPhone 12, of course, is to house a 3D facial scanning system, which Apple calls Face ID. Google tried this tech last year with the Pixel 4 but switched back to a traditional fingerprint scanner with the Pixel 5. This move was likely done to cut costs, but it worked out well for Google. Needing to rely on face scanning to unlock a phone is annoying in this era of face masks. Plus, I just find the notch an eyesore. In my opinion, I think the iPhone 12 looks more striking — the aggressive edges give it the feeling of a fine-tuned machine — but I prefer the in-hand feel of the Google Pixel 5.

This area is a clear win for Apple, as it’s packed with cutting-edge premium components whereas the Pixel 5 is held back in several areas because it never intended to be a high-end flagship.

The biggest difference is in silicon: The iPhone 12 runs on Apple’s brand new 5nm A14 Bionic, while the Google Pixel 5 uses Qualcomm’s Snapdragon 765G. In normal daily use for the average consumer, the difference in power between the two processors will be hard to notice. But perform more intensive tasks and the differences become clear. The most jarring experience to me is that the iPhone 12 can make wholesale edits to a 4K/60fps video (not just basic edits like trimming video length, but also cropping into the video, rotating it, or applying filters) and render the new clip within seconds, whereas on the Google Pixel 5, a far more basic video editing (just trimming length) would take longer to render.

As for benchmark scores, it’s a lopsided affair, with the iPhone 12 easily beating the Pixel 5 in Geekbench 5 and 3DMark’s Wild Life stress test.

It’s not just processing power, as the Apple iPhone 12 also sports a noticeably superior haptic engine and stereo speaker system. The Google Pixel 5’s haptics are a slight step back from the Pixel 4’s excellent vibrations, and its under-display speaker pumps out a weak sound.

The Pixel 5 has a larger battery and more RAM. The former does give the Pixel 5 a slight edge over the iPhone 12 in battery endurance, but the latter doesn’t matter much given the difference in memory management by their respective software.

Google’s Pixel series, starting with the Pixel 2, earned a well-deserved reputation as the best phone for still photos thanks to its at-the-time unique approach of focusing mostly on software image processing instead of caring about hardware prowess like megapixel count or sensor size. But in 2020, Apple has closed the gap significantly in computational photography smarts. Both smartphone cameras rely heavily on software — using multiple images to produce HDR shots during the day, and defaulting to night mode at night — and the results are quite evenly matched.

I wrote a dedicated article comparing the cameras of the iPhone 12 and Pixel 5, so please do check it out. But the TL;DR version is that the iPhone 12 performs better in low light situations, and shoots more dynamic, stable videos, while the Pixel 5 produces better portraits/bokeh effects and has color science that is more visually appealing to my tastes.

The Apple iPhone 12 runs on iOS 14, while the Google Pixel 5 runs Android 11. For the most part, I prefer Android over iOS on my smartphones, because the extra levels of customization help my productivity significantly. For example, I use my phone one-handed often, and Android letting me place all my apps at the bottom of the screen allows for far easier thumb reach than iOS’s annoying “top down, left to right” grid. Android’s superior notification management system is more intuitive to use. I like being able to run two apps at the same time via split-screen mode, which iPhones do not support even in 2020.

So the Google Pixel 5’s software gets the win over the iPhone 12’s software by default for me because I prefer Android, but there’s a bit more to the story this year. I am not a fan of Google’s decision to disallow the removal of the Google search bar or clock widget at the bottom and top of the Pixel Launcher’s homescreen respectively. This is a draconian move that feels Apple-esque, though we should note that Android at least still lets you change the launcher. But I still think the iPhone 12 blends more seamlessly with other Apple products than the Pixel 5 does with other Google or Android products. For example, if I turn on Apple TV and have an iPhone nearby, I can use the iPhone as a remote control. And if I have enough storage on iCloud, any files on my Macbook desktop are automatically available for access on my iPhone as long as I have an Internet connection.

Apple iPhone 12 vs Google Pixel 5: Overall Performance and Use

Day to day use with either device has been enjoyable. Both the Google Pixel 5 and the Apple iPhone 12 can connect to Hong Kong’s sub-6GHz 5G networks. I have noticed the Pixel 5 suffers from the occasional stutter and app freeze — nothing major, but it’s still worth mentioning considering the phone is in its first month of life. I have not encountered such issues with the iPhone 12, but it heats up very fast when performing intensive tasks like gaming or exporting videos. Basic games like Sonic Dash run exactly the same on both phones, but heavier games like PUBG run at a noticeably higher framerate with better textures on the iPhone 12 than on the Pixel 5. As for battery life, the Pixel 5 lasts longer for me every day I carried both phones. PUBG graphics look better on the iPhone 12 than Pixel 5 PUBG graphics look better on the iPhone 12 than Pixel 5

The Apple iPhone 12 is definitely the more powerful phone if you are a heavy user who games or does minor creative work like editing photos and video on a phone. The iPhone 12 also shoots better video. But if still photography is your thing, the Google Pixel 5 still produces shots that are visually more appealing in my opinion. There’s also a $100 price difference, which could be chump change or quite a bit of savings, depending on your personal situation. But ultimately, the decision between the two should come down to brand loyalty or ecosystem preferences. The problem for Google is, the loyalty factor is far more niche. Just because you prefer Android doesn’t mean you want the Pixel, as there are so many excellent or better value devices from Samsung, OnePlus, and more. People who buy Pixels seemingly want to go out of their way to support Google or the Pixel brand, whereas the iPhone is the default generic choice for anyone who isn’t particularly set on Android. The iPhone 12 is definitely more powerful if you're a heavy user, but it's also more expensive. 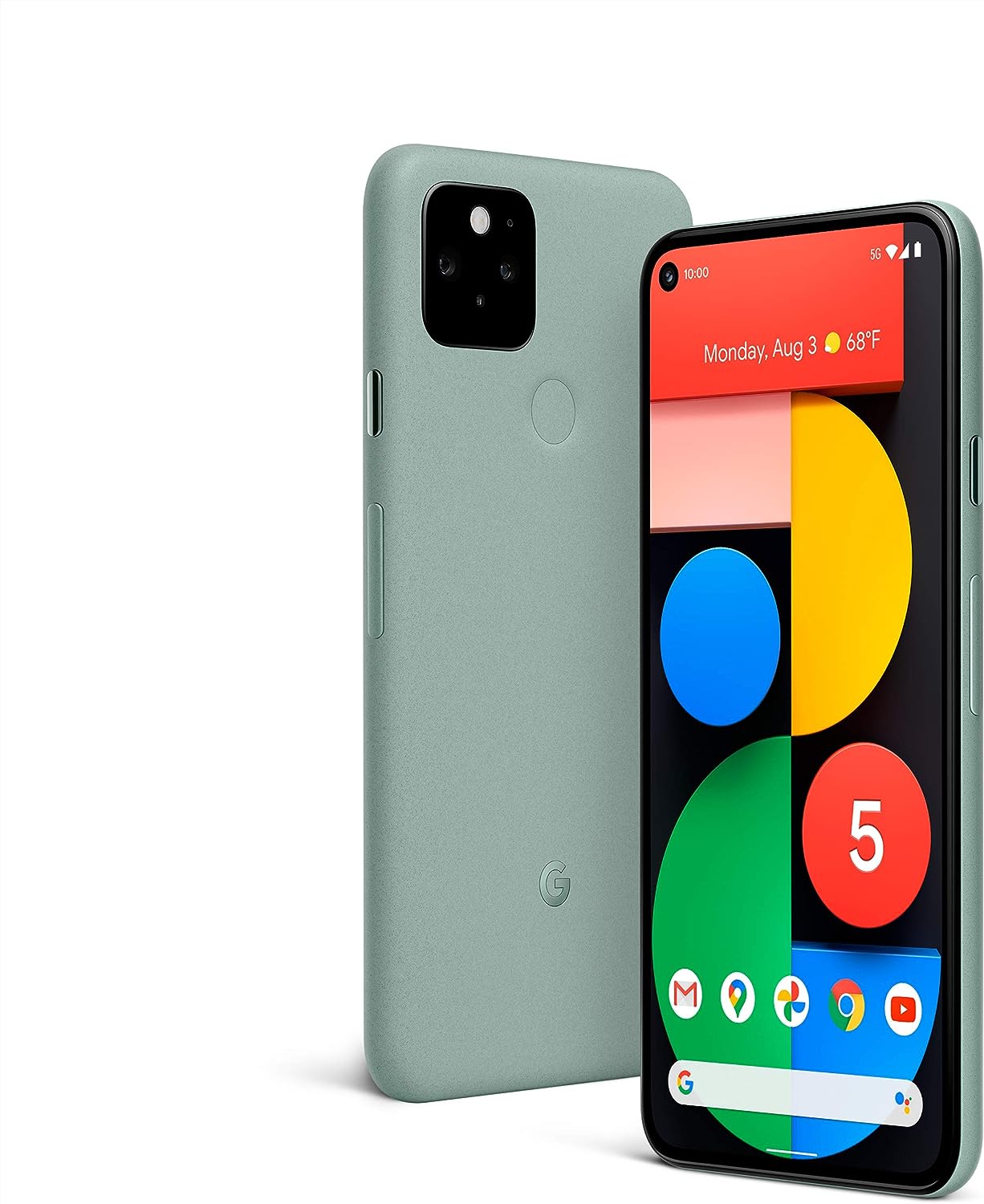 The Pixel 5 still has arguably the best 1x still camera on the market, and Android is still less restricting than iOS.

XDA » XDA Short Reviews » Apple iPhone 12 vs Google Pixel 5: Which phone is for you?