The fact that Apple even has a video streaming service, Apple TV, is often forgotten by users outside of Apple’s own ecosystem. There, it’s displayed prominently, and it’s available on most Apple devices. But the Cupertino-based giant has also started slowly rolling out the service on competing platforms as well. If you actually like the content that’s available there, Apple TV is one of the best-priced alternatives in the video streaming space: a flat $4.99/mo fee gives you full unrestricted access to all content in the platform, even undercutting alternatives that were considered cheap on their own like Disney+. Now, you can now enjoy the service in your Android TV-powered streaming stick/box or TV.

This was originally announced by NVIDIA together with other announcements of their own, including the long-awaited debut of the RTX 3080 Ti and RTX 3070 Ti graphics cards, but the announcement then was that the service would be becoming available on the NVIDIA SHIELD TV. As it turns out, though, 9to5Google reports that it’s not actually exclusive to NVIDIA devices: the Apple TV app is fully available to all Android TV devices. Despite Apple fiercely competing with Google in the mobile operating system space, with iOS and Android putting up the fight for dominance, Apple actually does make some of their in-house services available in competitor platforms, most notably, Apple Music, which is not just available on Android but it actually works decently. The availability of Apple TV on Android TV means that users who own an Android TV-powered set-top box, Chromecast, or TV, will be able to enjoy Apple TV to its full potential, including their exclusive shows.

As we said before, Apple TV is available for $4.99 a month, but if you’re part of the Apple ecosystem, then it becomes way more compelling: Apple gives users 1 free year of Apple TV when buying a new iPhone or Apple device, while you can also get it as part of Apple One, Apple’s all-in-one subscription service that also includes Apple Music and Apple Arcade as well as expanded iCloud storage.

Check it out now! 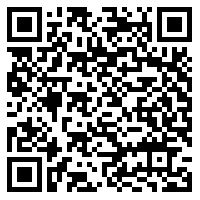