The distinction between smartphones and gaming consoles is getting blurred for consumers in certain Asian markets thanks to the rise of the gaming phone. Mobile eSports titles are now bigger than ever, thus it’s not uncommon to see users spend hundreds of hours playing multiplayer games on their phone rather than PC or console. Such long gaming sessions are obviously demanding for the battery, so users end up repeatedly charging their phones to keep playing. Your phone’s long-term battery capacity takes a hit if you constantly charge it to full. To address this issue, the recently launched ASUS ROG Phone 3 and the ASUS ZenFone 7 series come with a charging limit feature that enables passthrough charging once the battery level reaches a certain limit. While reviewing the ROG Phone 3, we mentioned how ASUS offers an option to set the charging limit to 80 or 90% in order to extend the battery lifespan. Once enabled, the charging circuitry inside the phone switches to drawing power directly from the charger rather than the battery that’s being trickle charged—effectively bypassing the battery! This is similar to the H.S. Power Control feature that Sony exposes on the Sony Xperia 1 II, which was met with much fanfare. This feature not only eliminates the need to continuously charge the battery during prolonged gaming sessions but also reduces overall heat generation which in turn extends the lifetime of the phone as well as the charger.

Thanks to XDA Senior Member ryu091 for the screenshots!

To set this up, go to Settings -> Battery -> Power Master -> Battery Care on the ROG Phone 3 or Settings > Battery > Battery Care on the ASUS ZenFone 7. We tested this feature on the ZenFone 7 Pro and confirmed using the Ampere app that the phone stopped charging the battery once the limit was reached. The battery limit feature is available on the current crop of ASUS devices with ZenUI 7, which includes the ROG Phone 3 and ZenFone 7, so it could come to other ASUS devices in the future. 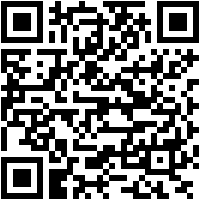