Google has been pushing developers to use the company’s Play Billing system for in-app purchases, which gives a small cut to Google (usually 15%) as a processing fee. The deadline was technically last week, and we’re continuing to see apps make changes to comply with the updated rules, which now includes book retailer Barnes & Noble and Amazon-owned Audible.

The Nook application for Android, which is used to purchase and read ebooks from Barnes & Nobile, was updated on Monday to remove the ability to buy books. Customers now have to purchase ebooks from the company’s web store, which then appear in the app. In other words, instead of giving Google a cut of sales, Barnes & Noble is simply removing the ability to purchase items altogether (like it already did on the iOS app). Meanwhile, Amazon’s Audible app can’t be used to purchase audiobooks with a debit or credit card, and new memberships are billed through Google Play.

This news comes as Google begins testing a new ‘User Choice Billing’ program with a small group of developers, which will allow apps to have their own billing systems as long as they maintain Play Billing as an option. Spotify is still the only confirmed company in the User Choice Billing program; Barnes & Noble told The Verge in a statement it was “not given the option of participating in an alternative billing program,” and later “determined it was unable to integrate with Google billing.”

Google’s official deadline for apps to switch to Play Billing (or just remove their own billing systems) was March 31, 2022, so we’ll likely see more high-profile apps and games change how purchases work over the coming days and weeks. It’s also not clear yet which companies will be allowed to join the User Choice Billing program once the limited experiment has ended. 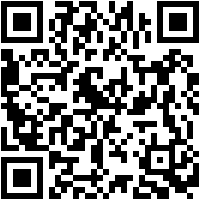