Earlier this year in July we talked about an app called AutoHz, which lets you individually set the display refresh rate for each app on your OnePlus phone. At the time, the app had received support for OnePlus’ latest flagships — the OnePlus 8 and OnePlus 8 Pro — allowing users to manually control how and when their devices switch to 60Hz or 90/120Hz. Now, XDA Recognized Developer arter97 has released an update for the app, bringing support for the OnePlus Nord.

AutoHz has been updated to v2.1 to support Android 11 and OnePlus Nord.https://t.co/IYRlSutzK4

As per a recent tweet from the developer, AutoHz v2.1 has already started rolling out to users on the Play Store and it brings support for OnePlus’ new mid-ranger, the OnePlus Nord. With the update, OnePlus Nord users will now be able to manually control their device’s refresh rate and choose when it switches to 60Hz or 90Hz. Additionally, the update also brings support for devices running Android 11. This means that OnePlus 8 and OnePlus 8 Pro users who have installed OxygenOS 11 Open Beta 1 will also be able to use the app on their devices.

If you’re a OnePlus Nord user and you wish to give AutoHz a shot, you can download the app from the Play Store link below. The app requires a one-time setup through ADB, which you can complete by following the instructions given here. Once that’s done, the app will show you a list of installed apps on your device with a toggle beside each app. You can use this toggle to manually override the refresh rate for each app and set it to either 60Hz or 90Hz. If you leave the toggle turned off for an app, its refresh rate will be governed by the system’s default behavior. To help you with the setup, AutoHz includes some recommended settings for common apps. 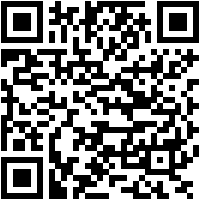