These are the best Android launchers to use in 2022

Android is one of the more customizable mobile operating systems, especially considering all the limitations imposed on its Apple counterpart, iOS. You don’t need to root your Android device or flash a custom recovery and ROM to spice up your home screen. If you’re mainly concerned about the pre-installed user interface (UI) from your device maker and wish to change its look, all you need to do is download one of the best Android launchers. A launcher is essentially the app that displays your home screen, be it your apps, widgets, app drawer, etc.

Android launchers provide an easy way for you to change the look of your Android smartphones in a cinch, avoiding all the technical side of things. Need something near to stock Android? There’s a launcher for it. Something minimal or hugely customizable? There’s an Android launcher for that. If you’ve just grabbed a new device and want to add more aesthetics to your device or are just bored with your current home screen, you can pick one of these Android launchers. Even if you have one of the best Android phones out there, there’s always a chance to soup things up without much overhead.

For new smartphone owners, be sure to check out our comprehensive list of the best Android apps, which includes apps in various categories from social media, music, and dating to podcasting apps.

Here’s our list of the best Android launchers you can install today to change your device’s home screen layout in just seconds.

Nova Launcher has become synonymous with the best Android launchers for quite some time. It’s heavily customizable, letting you change different things from app icon style, icon size, app drawer, and much more. Add in support for icon and theme packs, and you open up a whole new world of customization possibilities. Even with so many features, Nova is fast, lightweight, and easy to use.

It has everything you can ever ask from a third-party launcher: customizable app drawer, page effects, custom icon pack support, and more.

The premium version gives you even more ways to customize the launcher to your preferred look and feel. It’s also one of the most supported Android launchers, with new versions coming out fast, and there’s a vibrant customization community. Also, you can back up your customization settings for an easy restoration when you switch phones or reset your Android device.

If you fancy minimal Android launchers, you should go for Lawnchair 2. Inspired by the Google Pixel Launcher, Lawnchair features a clean and sleek UI. However, it’s not simply a replica of the Pixel Launcher as it offers extensive customization options not found in Google’s offering.

While not as feature-packed as Nova Launcher, Lawnchair has most of the essentials you need to personalize your home screen to your liking. You can change the look of icons with your favorite custom icon pack, adjust icon sizes, customize desktop and transition effects, play with different gestures, and change the layout and style of the search bar. Moreover, there’s also a plugin called Lawnfeed that lets you activate the Google Feed panel.

Lawnchair 2 is a perfect option for anyone who likes Pixel launcher-like UI but with customization options for the home screen. It’s completely free without any in-app purchases or ads. It’s available for all devices running Android 9 Pie and above.

Niagara is a relatively new launcher, but its novel approach has made it climb the ranks to become one of the best Android launchers. Niagara has a modern minimal UI, sleek animations, and is very clean. Developed by XDA Member 8bitpit and XDA Recognized Developer Maxr1998, Niagara Launcher presents apps on a vertically scrollable list. You choose your favorite apps that will reside on the home screen and navigate to any other hidden app by tapping the vertical alphabet-style navigation menu that’s easy to reach with one hand. Notifications from your favorite apps are integrated into the launcher allowing you to reply without opening an app.

Niagara is customizable, but your options are limited given its minimalistic nature. It supports widgets, embedded notifications, gestures, and a couple of options to customize the look and feel of the launcher. The app also supports Android 12’s dynamic color, allowing many elements of the launcher such as the search bar, Niagra Button, and the background to match the color of your current wallpaper.

Most extras like calendar and weather widgets, advanced customization options, pop-up widgets are locked away behind a paywall. To balance it out, Niagara is totally ad-free. Hit the link below to give it a try.

AIO Launcher does things differently than typical Android launchers. Most notably, instead of a standard home screen, it features an information-packed layout on a single screen. It includes several categories covering everything from your frequent apps, notifications, dialer, mailbox, a control panel, and other helpful information. All your apps are just a swipe away – you can swipe forward or backward.

You tap the button to launch an app. Atop the list is a system information section. A search button resides on the bottom left, where you can search other apps, contacts, and even information on the internet. Holding the search button opens the settings, and swiping it will open the quick launch menu. 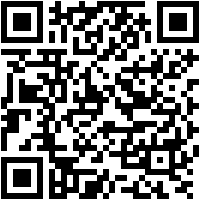 Microsoft Launcher is majorly focused on productivity, making it a commoner in the list of best Android launchers. Swipe left, and you will find a smart card composed of several sections, including tasks, sticky notes, a calendar, frequently used apps, screen time usage, and recent activities.

The smart card can be a handy way to keep up with your latest tasks if you’re into the Microsoft ecosystem. You can also modify to add or remove widgets. Customization is also available on the launcher, with options to customize your home screen, gestures, app drawer, icon shape, and visibility of the status bar, to name a few.

Action Launcher is another great third-party launcher that has been around for a while. With more than 10 million downloads on the Play Store, the launcher enjoys a strong user base and fan following. Over the years, Action Launcher has gone through many makeovers. In its early days, it offered a design and feel that was similar to the stock AOSP launcher. But now it takes inspiration from the Google Pixel Launcher. In terms of features and customization options, it can easily rival Nova Launcher. From Material You-style theming and fully customizable search bar to smart folders and Widget Stacks, Action Launcher packs a boatload of features.

Action Launcher is free to download with additional features and customization options hidden behind a paywall.

Smart Launcher has a sorted app folder that categorizes all your apps into six major categories, communication, internet, games, media, utilities, and settings. This categorization, plus the available search button atop every section, makes it easy to search for apps.

It also has a so-called smart search bar at the bottom of the home screen that offers a one-stop shop to search your contacts, apps, the web, and even Google Play apps. Smart Launcher provides several customization options, from font styles, themes, icon appearance, colors, and more.

Poco Launcher from Xiaomi includes a slightly customizable home screen. The launcher thrives for its effortless yet familiar UI. It consists of an app drawer that’s just a swipe away, and you can easily find apps by swiping through the different categories. Poco Launcher allows you to customize the background, app transparency, icon size, app drawer, and manage app categories.

It does support icon packs, so you can use custom icons if you prefer those over Xiaomi’s icon style. Poco Launcher is free to download and is ad-free.

BIG Launcher is a simple-to-use android launcher for seniors. Icons are large and have distinctive colors that ensure it’s easier to differentiate between a handful of apps featured on the grid-style home screen. It also prioritizes essential apps for seniors, including the dialer app, messages, gallery, camera, and an SOS button. There’s a button that takes you to the app drawer as well.

The heavily contrasty home screen is also ideal for users with eyesight issues. BIG Launcher offers a handful of customization options, including text size, full-screen display, navigation bar, safe borders size, and others. It keeps it simple, so it doesn’t get overwhelming for the elderly. A one-time fee unlocks additional ways to customize the launcher. 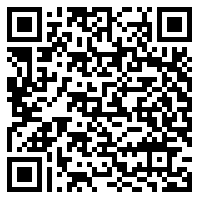 If you want your Android to mimic iOS’s UI, this launcher will help you. Launcher iOS 16 features an iOS 16-esque design from the lock screen to the control center, animations, wallpapers, and widgets. You can hide apps and customize several aspects of the layout, similar to what is available on iOS 16 to some extent.

There is a wide range of options to help you resemble the iOS 16 look as closely as possible. Features like the lock screen, Control Center, and Assistive Touch require downloading separate apps. But once everything is in place, the launcher comes pretty close to resembling the default iOS launcher. And that’s the beauty of Android, isn’t it?  — that you can experience many different smartphone skins and UI flavors by simply downloading a launcher.

Lynx Launcher is a relatively new launcher in the Android world. With over 50,000 downloads, it may be still finding its feet, but that hasn’t stopped it from already gaining a fan following. The Lynx Launcher offers a clean-looking home screen with easy-to-remember gestures to navigate around it. According to its developers, the launcher has been inspired by Gnome Desktop Environment, which is quite clear from the dock on the home screen.

It comes with lots of customization options, including the ability to download new themes from the launcher’s website, although I only found four themes to be currently available. Additionally, you can get custom icon packs from the Google Play store, change the location of the dock, select dark mode, and more. Gesture-based navigation is quite quick and smooth and can be tweaked as per your liking.

Lynx Launcher is free to download and use; however, there’s a Pro version that gives you access to screen transitions, more desktop pages, advanced theming options, and a lot more. The Wide Launcher is another interesting home-screen replacement app. It’s attempting to be different from other launchers by offering a 3-times wider home screen, so you’re not limited to your typical home screen size and grid. You also get lots of customization options, including the ability to select icon styles, themes, decor stickers, and more. Moreover, the Decorate mode allows your creativity to run wild.

It also comes with its own mini-apps called Applets that provide a variety of functions and can be added to the home screen. Overall, if you’re really planning to try something different, you should give it a spin. The Wide Launcher is free to download and use. 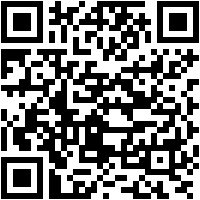 Customizing your Android home screen is a no-brainer with the best Android launchers. Want a minimalist launcher? Try Niagara. Something that mimics iOS 16? Go for Launcher for iOS 16. BIG launcher is excellent for the elderly, and Lawnchair 2 gives you a Pixel launcher-like experience. Microsoft Launcher is your go-to for productivity, and Nova is for those looking for a heavily customizable Android launcher. While you’re freshening things up, check out the best wallpaper apps for Android and the best icon packs for Android too.