Some of the Best Icon Packs on Android to Customize your Home Screen!

The biggest advantage of using an Android phone is the ability to customize it. From changing elements on your home screen like the launcher, wallpaper, widgets, etc. to Substratum theming on some devices, Android gives you the freedom to change the way the software on your phone looks. One such thing is the ability to change icons. Most Android launchers have support for third-party icon packs which you can use to completely change the look of your home screen.

There are many options when it comes to icon packs on the Play Store. Since it isn’t very practical for you to try them all, we’ve shortlisted ten of the best ones that would make your Android home screen setup a lot cooler. Note that these icon packs are supported on most launchers except for a few stock launchers that come pre-installed on your phone.

If you’re looking for a good launcher with additional features to use these icon packs with, you can check out our list of the best Android launchers. If you’re planning to get a new phone that you want to customize, you can also take a look at the best Android phones to buy.

Minma is a beautiful, modern-looking icon pack. If you’re a fan of minimalistic looks with a dash of color, you’re really going to like the way Minma redesigns your icons. There’s a dark, grayish background to the icons which looks good especially when matched with dark wallpapers.

The main part of the icon is designed using lines and strokes that are minimal and colorful. The colors are bright, almost neon-like and they stand out which makes it easy for you to identify the icons even without a label. The icons add a good level of contrast when used with a black background, especially on OLED displays.

Whicons has been one of the top recommendations for icon packs for quite a while now and for good reason. The name comes from joining together the two words – white and icons – and that’s exactly how the icons look with this pack. The icons are pure white which gives a simple, yet elegant look to your home screen. You can use any dark-colored wallpaper with this icon pack and your home screen will look attractive.

The icons don’t have a definite shape or background so if you’re a fan of symmetry, this might put you off a bit. Match it with a minimalistic white widget, and you’re good to go.

Delta is the exact opposite of Whicons. Instead of a plain, white look, Delta makes your home screen colorful with its flat-style icons. The icons themselves give out a slightly retro vibe and the color scheme is also subtle. If you don’t like a lot of vibrance, you’ll appreciate the sober colors used for the icons.

To put it simply, the icons in this pack look like a bag of assorted candy of different flavors. The icons do not have a background so the shapes vary based on the app. 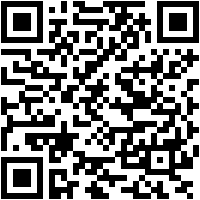 The name itself is self-explanatory. Crayon makes your home screen look like you gave it a fresh coat of paint, except with crayons. The icons have a pastel look to them which is unique. Some may find the icons to be slightly childish but that’s the whole point of this icon pack. It makes your icons look more fun and colorful.

It adds a slightly animated look, almost like what you would expect to see in some cartoon shows. If you want a break from the typical flat and material style icons, you can give this a try.

Rugos is quite similar to Crayon in the sense it makes your home screen look more fun and colorful than serious, like some of the other icons. However, the difference is that Rugos has a persistent background for all icons which brings about some consistency and symmetry. If you have OCD with icon sizes and shapes, you’ll surely appreciate the uniform squircle look you get with this pack.

Icons appear as though they are tiny bits of crumpled paper which gives a slightly cartoony look. Pair it up with colorful wallpapers and you’ll have a nice funky look. 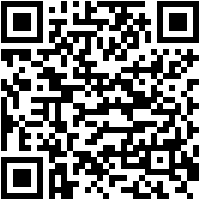 While there are multiple different variants of the LineX icon pack, we’ve chosen the most basic one with colorful icons. The idea is to have outlines of the app icons in vibrant, neon colors without any background, almost giving them a glow effect. If you’re not a fan of neon colors, the developer also has different variants of the icon pack in different colors like red and black, green and white, lime and white, etc. If used with dark wallpapers on an OLED display, this icon pack gives out a neon signboard outside a bar vibe.

You’ve probably got an idea of what this icon pack is all about just by reading the name. The Charcoal effect however, is mainly applicable to the circular background that surrounds every icon. Just like Whicons, the main icon itself is white which gives a minimal look. However, unlike Whicon, Charcoal adds a circular perimeter around every icon for symmetry.

If you want white icons but prefer a clean, uniform look across your home screen as well as the app drawer, this is a good option. If you want the exact reverse, i.e. a white background with dark icons, you can check out Ash from the same developer. 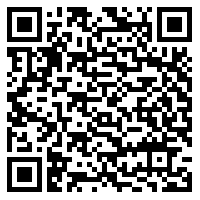 Basit is for all of you who want the utmost minimalism on the home screen. If you’re someone who doesn’t like having icon labels on your home screen or app screen, this icon pack would look great. The basic idea of this icon pack is to highlight just the outline of an app icon or logo to make it look minimal and tidy.

The outline is done using colorful lines and curves that match the color scheme of the app itself. It’s almost like a stencil of the app icon. Use it with plain white or other bright wallpapers for the best look. 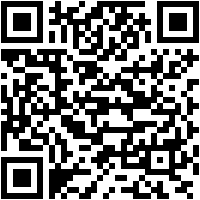 This is like a universal fit that most people are going to like. Rondo doesn’t modify the icons to a large extent. Instead, it opts for a simple, flat look with symmetry being the priority. All icons have a circular background with the app icon at the center in a flat, material-style look.

The extra element that adds the finishing touches to the icons is the shadows for the main icon itself which extends to the boundary of the circle. The background color differs from app to app but the color of the icon remains white. 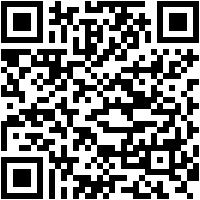 If you want a modern, Cyberpunk style home screen with glowing icons, The Grid will help you achieve that. The icons have a distinct teal glow to them which looks cool and futuristic. If you fill up your home screen with icons and add a few matching widgets with numbers and information, your phone will begin to look like it’s straight out of a sci-fi movie.

The icons have a 3D look to them. In fact, the icons resemble the good ol’ Cyanogenmod colors, something the OG XDA visitors especially from the forums will appreciate. 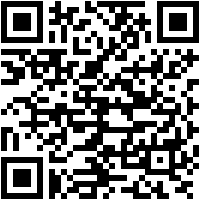 These were some of the best icon packs for Android you can use to change the look of your home screen. From minimalistic icons to ones that replicate neon signs, there’s something for most people. If you like a simple look, you can opt for Minma or Whicons. If you want to make your home screen look like it’s on steroids, you can try LineX or even Crayon if you want a playful look.

Which icon pack do you use on your phone? If you think we should include it in this list, let us know in the comments below.

XDA » Buying Guides » Some of the Best Icon Packs on Android to Customize your Home Screen!