These are the Best Video Editor Apps for Android in 2022

If you’re getting into the world of content creation and wish to regularly upload videos to YouTube, TikTok, or even Instagram Reels for that matter, it’s very important to make sure you edit your videos to make them nice and presentable. Even if you shoot the best quality videos from the best smartphones around, you still need to edit them to make them more interesting and to retain viewership for an extended duration. While there are several video editors you can use on a computer, it’s often more convenient to use a video editor app on your smartphone if the clips are not too big or if you’re editing a short video for TikTok or a similar platform.

We’ve identified ten of the best video editor apps for Android that offer a good set of features and can help you take your video production to the next level. From merging clips to adding effects and overlays, these video editor apps can surprise you with the amount of functionality they offer.

The Google Play Store is flooded with various video editing apps with all of them claiming to be the best. To save you the time and trouble of downloading them all and figuring out which one’s actually good and best suited for you, we’ve tested the majority of video editor apps for Android and shortlisted ten that you should consider.

All of these apps offer basic functionality like cropping, trimming, etc, and some have special features and effects as well which we’ll talk about when we mention the app.

InShot is one of the most popular video editor apps on the Play Store and for good reason. Apart from the ability to trim clips and join multiple videos from your library, you can add background music of your choice or choose a track that’s included in the default options. You can change the aspect ratio of videos, rotate clips, add stickers or overlays, text with animations, or even create a picture-in-picture effect if you have two clips. This is a good app for starters with probably the only annoyance being ads that are constantly displayed at the top of the screen.

Splice is a video editor app that’s similar to InShot in a lot of ways, in terms of the editing tools and the interface that it offers. You can add multiple clips to the timeline to merge them and even add crossfades in between them. Pinching in and out on the timeline will help you zoom in to make more precise cuts and edits.

While Splice doesn’t have as many advanced features as InShot, the UI is cleaner and you don’t see ads which is a big plus. You still get basic features like changing the duration of a clip, adding background music, text overlays, etc. Just like InShot, Kinemaster is also one of the most popular video editor apps for Android. It’s also one of the more advanced apps for video editing and offers a host of features that’s even comparable to some entry-level video editors for computers. Apart from the usual features of adding multiple clips and trimming them, you can add effects, transitions, change speed, rotate or mirror clips, add music, change aspect ratio and resolution, etc.

While it’s feature-rich, as you can see in the screenshot, it shows ads on the timeline itself which you’ll need to pay to get rid of. If you’re going to be editing videos frequently, it might be worth it.

The moniker may suggest that this app is specifically meant to edit videos for YouTube, and the features it offers are quite good if that’s what you actually want to do. YouCut is another app that has a vertical UI so it’s best-suited for vertical videos but can be used for horizontal clips as well, like in the screenshot above.

The usual set of features is what you get here too, along with some neat additions like the ability to mute the audio in a video clip, something you would probably do for B-roll shots. You can vary the audio levels manually, and crop into a frame in order to zoom in. This is a decent app to start with. VlogNow, as you would think, is a good video editor app to edit your vlogs. It’s not just for that, of course. You can edit any form of content on this app and it’s one of the better video editor apps we found on the Play Store especially in terms of simplicity and how things are laid out.

As you can see from the screenshot, there are multiple layers on the timeline itself where you can add different elements like music, subtitles, stickers, etc. You can even see the decibel levels for audio right beneath the video clip and you can adjust audio levels from there. You get pre-defined templates, filters, speed adjustment, and some effects to choose from. This app is highly recommended. Adobe doesn’t need any introduction when it comes to video editor apps and software. Premiere Pro is one of the most popular video editing software out there used by professionals but that’s only for when you’re working on a computer. Adobe has introduced a version of the software called Adobe Premiere Rush for Android smartphones and it syncs to the Adobe Creative Cloud just like all other apps and services from Adobe.

You get a good set of features like custom effects, color grading — which isn’t present on most other video editor apps on Android — transformations, etc. If you’re serious about editing videos on your phone, it might be worth subscribing to the full version too.

This is another of those apps that market themselves as a video editor specially tailored to edit YouTube videos. Video Guru has some good features that are generally used to make videos look appealing on social media platforms. Filters, effects, transitions…it’s all there. You can even add a background to your videos which is quite neat. There are 100+ music tracks built into the app which you can use for free in your videos. Video Guru can also be used to make slideshows with photos and you can even add animated text. 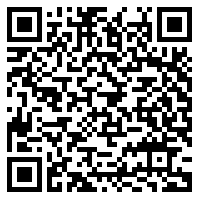 Viva Video is a video editor for Android that has been around for a long time. You can of course do the usual things like cropping and merging clips along with varying the speed of your videos. You can change the aspect ratio of videos as well and even the orientation if you want to change a horizontal video to a vertical one. There are a few preset themes to choose from and a selection of music tracks that can be added to the background.

Viva Video also offers key-framing which is a pro tool and can help produce different effects. One gripe though is that there’s a prominent watermark at the bottom right of the video when you export and you’ll have to pay to get rid of it. Filmora Go is made by Wondershare, a company that makes software for computers and smartphones. It’s the mobile version of Filmora which is a popular video editing software. The timeline interface looks neat on Filmora Go and you can add a music track directly using an option displayed right below the timeline. You can crop videos, add text and emojis, effects, transitions, and even animations to improve the look of your video.

There are filters and even presets and templates you can choose from to change the overall look of your video. Filmora Go also has a watermark that can be removed by buying the paid version.

If you want the best all-around video editor for Android and are willing to pay a subscription fee, you can’t go wrong with Power Director. It’s the most feature-rich video editing app there is on Android, hands down, and also has the most polished effects and transitions. You get granular control over what you create and the edits you make.

There are templates for titles and effects, transitions, an audio mixer, filters, color grading, stabilizer, skin smoother, the ability to pan footage, and a host of other features that emulate a full-fledged video editor. If you’re serious about creating content, paying for Power Director might as well be worth it.

These are ten of the best video editor apps you can find on the Play Store on Android. From basic video editing to professional key-framing and audio mixing, these apps can help you take your content to the next level. Based on what exactly you’ll be editing your videos for, you can choose the app that’s best suited for you.

VlogNow is a good app for beginners and so is InShot. Kinemaster has slightly more advanced features, but if you want to go all-in and want the best features, Power Director should be your primary option.

Once you’ve edited your video, it’s also important to have a nice thumbnail that can attract more viewers to click on your video. For that, we have a list of the best photo editor apps for Android or if you’re curious, even a list of the best Android apps across various categories.