YouTube is a platform we all know and love. But it’s one that doesn’t necessarily provide you with all of the features you may want out of the box. Despite paying for a YouTube Premium subscription, many of us also used to use Vanced for the additional features that it offered. While advertisements are part-and-parcel of any online service these days, alternatives such as Vanced offer more than just advertisement blocking. They provide features such as more granular video playback options, device spoofing (which was helpful in bypassing restrictions), bringing back the YouTube dislike button, SponsorBlock, and more. Even better was the ability to log in and watch YouTube on Huawei devices, something that you could only do in a browser otherwise. But recent developments with Vanced will force people to look for alternatives, and we’re here to help with that.

What happened to Vanced?

Addressing the elephant in the room, Vanced was taken offline by its developers after the team received a cease and desist order from Google. We reached out to one of the admins on the team’s Discord server shortly after the news broke, and we were told that they were instructed to refrain from using YouTube’s name and distributing packages that violate YouTube’s Terms of Service. The team verified that it was legitimate, and had no choice but to pull down download links for Vanced.

As it stands, you can no longer download Vanced Manager from the Vanced website. Though if you have Vanced Manager already installed, you can download and install YouTube Vanced, Vanced Music, and Vanced microG.

The current versions of YouTube Vanced will continue to work for now, as they’re based on relatively recent versions of the YouTube app. However, as Google makes changes to the YouTube platform, it’s likely that some aspects will likely break as time goes on until eventually, Google requires users to update to a newer version. So while you can continue to use the app for a while still, there will eventually be a point of time in the future when you will need to either fall back to the official YouTube app or look for a Vanced replacement as an alternative.

Honestly, the problem with apps like these is that they will always be playing a cat and mouse game. If Google is really going after YouTube alternatives, then it’s going to be sooner rather than later that these apps are whittled down one by one. Cutting to the chase and paying for YouTube Premium will net you 90% of the features that are offered here anyway, and you’ll get the added benefit of supporting your favorite creators. If you used to watch videos in Vanced and didn’t have a YouTube Premium subscription, then the creators earned no money from your view. With YouTube Premium, you’ll get most of the features you miss, and you keep the lights and heating on for your favorite content creators. Sounds like a win-win, right?

If you’ve decided to just pay up, you can get a YouTube Premium subscription starting at $11.99 per month, but you can pay less by opting for an Annual plan, a student plan, or a family plan. YouTube Premium has 90% of the features of Vanced whilst also giving you the ability to support your favorite creators.

NewPipe is a classic alternative that has been around longer than Vanced has. It’s completely free and open-source while offering background playback, picture-in-picture, video downloading, and more. It’s continuously updated with new features, and the developers are incredibly privacy-conscious. One downside of that is that you can’t log in to your YouTube account in NewPipe, but it does mean there are no advertisements and it works on devices that don’t have Google apps. You can also share videos from the regular YouTube app on your phone to NewPipe for playback if you wish.

If you’re interested, there’s also a fork of NewPipe that’s maintained and integrates SponsorBlock, though the official NewPipe build does not utilize it as the NewPipe developers view sponsorship as a more ethical form of advertising than tracked advertisements. You can download NewPipe from F-Droid or the team’s website, and you can download the SponsorBlock variant from GitHub. 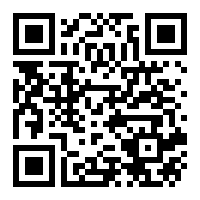 SkyTube is an interesting one, as it comes in two variants. One is “SkyTube Extra” which packs closed libraries and supports the official YouTube player and casting. The other is a completely open-source variant that’s published on F-Droid, though it’s slower to update (the team says up to five days for an update) and obviously lacks those additional features.

However, no matter which you choose, you’re getting video downloading, background playback, video blocking, no advertisements, and a whole lot more. SkyTube is also available on F-Droid, though you’ll need to download SkyTube Extra from the team’s own website. 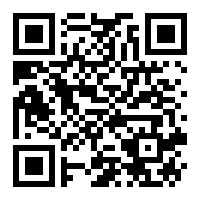 LibreTube is an interesting YouTube app as it’s currently in beta, and it shows. However, it still has some crucial features that may entice you to try it out. One of the most interesting things about LibreTube is that it uses Piped, so you don’t ever connect directly to Google’s servers. There’s a server in between you and Google (and LibreTube lets you select from a few). You can register an account on that server if you want to subscribe to channels, but you’re not subscribing on any Google-affiliated service.

You can check out the default Piped front-end that LibreTube uses in your browser normally. Piped is primarily aimed at being used on desktop, but it’s a cool proof of concept to see how it can form the basis of an alternative YouTube client on mobile. LibreTube is only available on GitHub currently.

If you don’t want to use any of the above apps, you can always use a browser such as Kiwi Browser to install extensions and create your own YouTube experience. Kiwi Browser is a Chromium-based browser developed by XDA Senior Member arnaud42 with support for desktop extensions. There is already a litany of extensions that pertain to YouTube that you can get on the Chrome extension store, and they’re all installable in Kiwi. I set up SponsorBlock, Return YouTube Dislike, uBlock Origin, and YouTube Enhancer in a Kiwi Browser instance, and it works surprisingly well. It’s not perfect (and you do need to use YouTube in desktop mode in the browser for it to work), but once set up, there are no issues.

As for what you’ll be getting with Kiwi Browser, you can watch videos in HD, without advertisements (and without sponsorship segments), and you get a dislike button back. What’s more, you can log in to YouTube as you normally would, and you get a closer-to-desktop experience. It’s a little bit annoying and not as easy to just share a video to Kiwi Browser as you would in NewPipe nor is there a picture-in-picture player, but it works. Even better is that Kiwi Browser is in itself a great browser, and you might find other uses for extensions on mobile, too.

If you don’t care for anything but ad blocking, you can also install uBlock Origin in Firefox from the built-in add-on store and then navigate the mobile site.

If all you care about is blocking advertisements, then you should definitely check out our guide on how to block advertisements on Android both with root and without root. It’s nowhere near as efficient as the above solutions (and will likely require you to watch YouTube in your web browser), but it’s also quick and easy to set up and maintain and works for a wider set of use cases than just YouTube.

A cat and mouse game that’s impossible to win

Here’s the thing: Google will always win when it’s their cat and mouse game. Anyone violating the YouTube ToS can be ordered to cease and desist from their actions, and that’s exactly what has happened with Vanced. Only time will tell if Google intends on going after these other available options.

One thing is for sure though. When dealing with open source projects like the ones above, if one falls, ten more will pop up in its place.