On Sunday, October 21, XDA Senior Moderator NotATreoFan and I led the session XDA: Past, Present, Future. This session focused on the history of XDA and where we began, where we are today, our pitfalls and struggles, and our vision of the future for Android and the community at-large. We then gave a walkthrough of our upcoming community initiatives, XDA Dev:DB and XDA-University. We also discussed what we would love to see from the Manufacturers in their response to and support of the developer community. Below are the key points about that relationship we discussed:

On that last note, we had representatives from Sony Mobile and Samsung Developers come and share with us what they were doing with regards to Developer Relations. From Samsung Developers we had Technical Marketing Manager Michael Luddon and Senior Manager of Developer Relations Hod Greeley discuss how they are getting out in the industry, sharing the news about Samsung’s support for application developers as well as giving us a teaser about the Exynos source code news they would be sharing later in the day.

Kalle Dahlstrom, Director of Developer Relations for Sony Mobile, shared with us the strides that Sony has been taking in the Open Source arena, specifically with regards to DASH and AOSP. He also told us that they were pushing for an expansion into the AOSP realm for older and newer devices, and that there was more to come that he couldn’t discuss just yet (Sony Nexus anyone?).

I want to publicly thank Michael, Hod, and Kalle for graciously giving up some of their precious time during a very busy weekend to open themselves up and share what they are passionate in Android OS. We here at XDA hope it goes a long way to further our relationships with both Sony and Samsung, as well as help build new ones with other manufacturers.

For those who weren’t able to be at the event, you can view the slides to get a good feel for the presentation or view some pictures below. 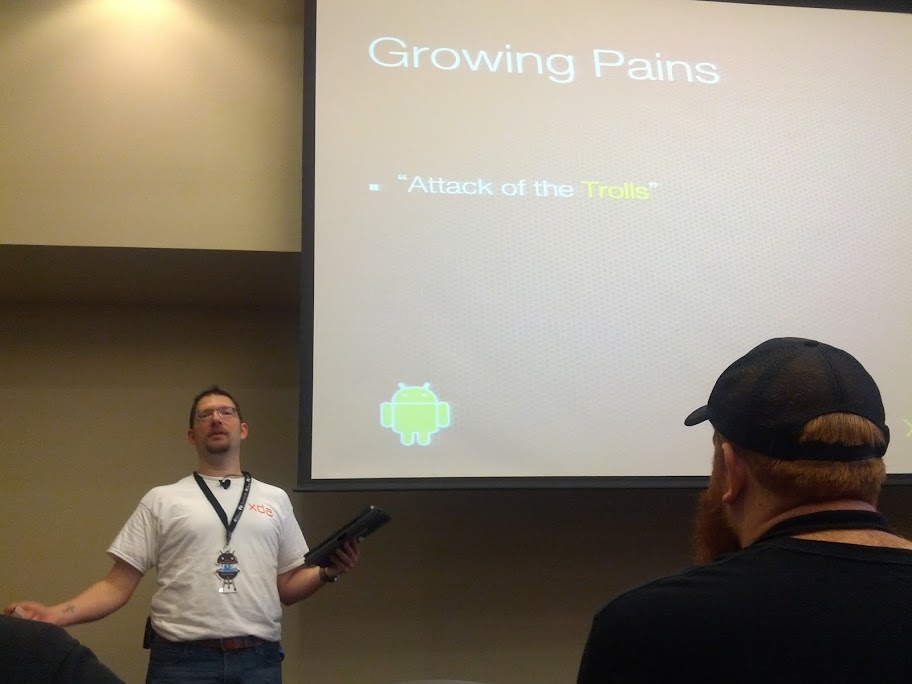 Talking about our Growing Pains and the “Attack of the Trolls” 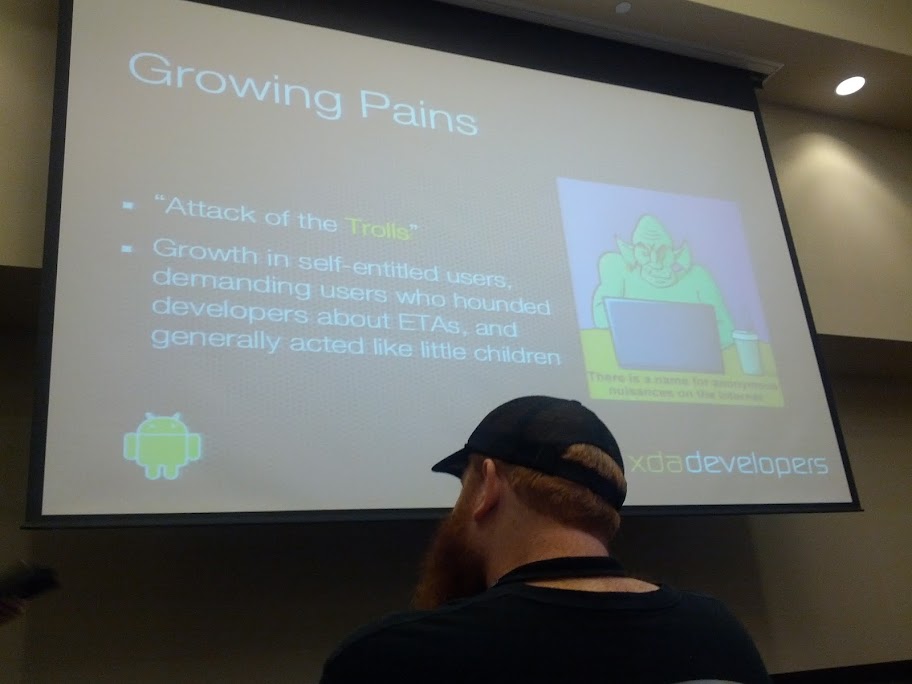 More talk about our Growing Pains and the invasion of the demanding, self-entitled flock 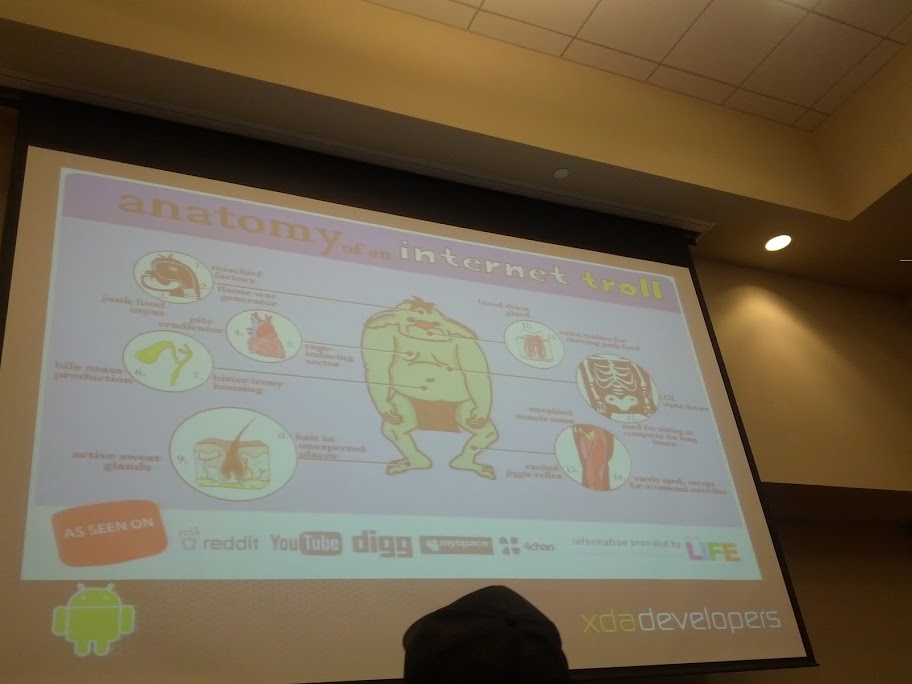 Anatomy of an Internet Troll, commonly found on XDA