Blackberry and a Possible Comeback for Physical Feedback in Keyboards

There was a time not too long ago when touchscreens were a thing of the future. The idea of smartphones – mobile devices that could access the internet and emails, as well as call and text – was a new one. It’s hard to believe that this was not that long ago, when Blackberry ruled the Earth. This company achieved worldwide renown and market domination due to the reliability of their devices and the range of consumers they appealed to, from business to disability–yes, accessibility was also a selling point for many.

How they catered to a wide variety of consumers

See, the people at Blackberry (formerly Research in Motion) realised that this technology (that is, smartphones) would be great for business as much as for entertainment. In 2006 they bridged the gap between their business-oriented phones with the mainstream commercial demand with the RIM Blackberry Charm 7100. This phone, along with its successors the Electron and the Pearl, achieved this by combining the reliability of the previous models with new features such as cameras, messaging and navigation. On top of this, Blackberry combined their successful smartphone technology with their equally successful PDA technology – creating the QWERTY smartphone. 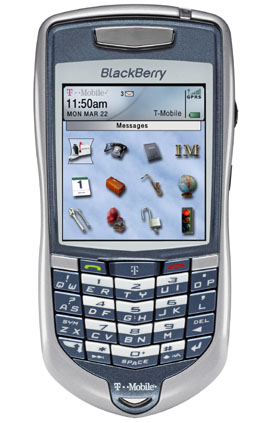 By incorporating tactile QWERTY keyboards into smartphones they achieved maximum broad-spectrum appeal. Business men and casual users alike could communicate effectively and manage their business and social life efficiently from one device. Combined with the Blackberry Messenger app, or BBM as you might know it, the Blackberry Pearl, Bold, and Curve stormed the commercial market. Teens and young adults everywhere were hooked on the ability to message each other for free and so quickly that they were nigh inseparable from their Blackberry phones.

They also managed to capture another, possibly unforeseen, market. People with visually impairing illnesses. For example, my mother suffers for cluster headaches and chronic neuralgia. This causes shifting vision and poor hand-eye coordination (as if you were inebriated) and it can last hours, even days. Therefore,  using conventional phone keyboards was difficult, and touchscreens were even worse. The ability to have a tactile qwerty keyboard on her phone meant that she could still communicate her current condition effectively as she could type by touch (due to the unique shape of Blackberry keyboards) as well as sight. Thus she, and others in a similar position, loved the Blackberry as it was perfect for their needs.

All of this Blackberry technology achieved an extremely powerful hold on certain international markets. Developing countries like South Africa and most of Latin America took to Blackberry’s so much that, despite their immense decline in the Developed world, they still control part of the market in these countries. This is because as they are developing countries, having a smartphone was something of a statement as well as a beneficial utility, as most of the population could not afford one. Do to the corporate appeal of Blackberry phones, they became a ‘symbol of white-collar success’. This, combined with the free messaging service of BBM and the durability and reliability of Blackberry, meant that a secure and lasting hold of the developing world market was achieved.

Android and Apple Launch: How They Stole the Market

Now, of course, Blackberry were not the only company with their hands in the smartphone industry. The year 2007 marked the launch of the Apple iPhone, which had been geared up to combat the Blackberry domination. Android also tentatively spread its wings at the back end of 2008 with the T-Mobile G1 (or HTC Dream). The Dream was not only the first handheld to run the linux-based Android OS, but it also combined the merits of the touchscreen iPhone and the QWERTY Blackberry with a 3.2 touchscreen display and a slide down QWERTY keyboard.

Following the failure of the Storm (and Storm 2), Blackberry announced their new device: the Blackberry Torch. The Torch was said to  be ‘the best Blackberry ever’. But on release it was met with mixed opinions. The Torch combined touchscreen capabilities with the iconic Blackberry QWERTY keyboard, much like the HTC Dream. However, it only had a 3.2” display compared to the iPhone’s 4” and the Motorola Droid X’s 4.3”. Additionally it only contained a 624MHz processor, whereas competitor models boasted 1GHz. Despite receiving much criticism, it also received much praise. Although it appeared to have an ‘inferior’ processor, it was of a newer generation and booted 1.8 times faster than the latest Bold. It also had superior screen performance in higher light settings than the iPhone and other competitor models. However, despite this, the Torch’s initial sales were low and didn’t pick up till late 2010. Blackberry was now on the rocks.

Blackberry’s final stand was the BB10 catastrophe. The company planned to release two new devices, the Q10 and Z10, in 2011. However, after many lay-offs and a high profile letter from Blackberry Insider reporting a ‘lack of strategy’, Co-CEOs Lazaridis and Balsillie stepped down and handed over to Thorsten Heins. This pushed the release date from 2011 to 2012, and even then it didn’t arrive until January 2013. Despite being a solid, functional platform, it was widely deemed “too little, too late” as sales flopped. Blackberry was now out of the mainstream market.

It’s not all bad news for Blackberry though. Unbeknown to most, Research in Motion’s main expertise is not in hardware; but in security. This is one of the contributors that made Blackberry phones so great and reliable. It’s why it was a major shock when the Blackberry services suffered worldwide faults in October 2011, leading to a video apology (found below) from Co-CEO Mike Lazaridis.

Big news came earlier in 2015 when Google and Blackberry announced that they had gone into an enterprise-based partnership. This mean incorporating Blackberry’s new BES12 Enterprise device deployment service and enhanced security features in Android 5.0 Lollipop.This combination of Blackberry reliability and security and Google/Android’s usability and consumer base is sure to give birth to vastly superior software and security in devices.

However Blackberry is not the only securityware firm that are offering out their services. Samsung KNOX have a partnership program, linking companies together to support market growth through Samsung’s consumer base and increased business security. Ironically, one such partner is Blackberry.

Reborn From the Ashes: Blackberry Venice

Not only are Blackberry getting an act with Google and Samsung, but this year also marked the announcement of a new flagship device to be brought into the smartphone scene, the reported “Blackberry Venice”. Not much that’s certain  is known about the Venice at the moment; however, we do know two things; 1 – It does not appear to have the iconic Blackberry tactile QWERTY keyboard, but a virtual one; and 2 – It will run an (allegedly impure) version of Android.

The Death of Tactile Keyboards: The Unseen Effect

The collapse of Blackberry signified the collapse of tactile keyboards. They were the last company still making quality QWERTY-focused smartphones. To most, this may not seem like much of a loss: touchscreen smartphones were easy enough to adapt to. However, let me bring you back to the instance of my mother and the people in similar situations: to them, the death of Blackberry meant that they had lost what they required to communicate intuitively and effectively. We’ve all sent texts on touchscreens when drunk and read them the day after and thought to ourselves ’what the hell was that supposed to mean’… Imagine that when sober and in need of assistance. This is what some people have to deal with.

Since the decline and death of Blackberry and the QWERTY way of life, some companies have experimented with different ways to make up for the loss.

The simplest example of this is the new accessory of the Samsung Note 5 Keyboard Case. This is an $80 accessory that simply slides onto the Note 5 and S6 Edge+. However, here’s the thing. Its not a real keyboard. The keyboard uses capacitive touch technology, which means no batteries or charging required, and this alone could be considered a good selling point. It doesn’t have that perfect curve to the keys that the Blackberry had, however, so how Blackberry enthusiasts will take to it is yet unknown.

A more promising development for the blind and visually impaired is the braille phone that has been developed in India by the startup company Kriyate. This device was set to release last year. The phone has a repressible Braille display that features a grid of pins that move up and down. This displays the information which is then readable to visually impaired users. Another interesting technology is the, yet to be implemented, FAB (Floating Action Buttons) keyboard, developed by Tactus Technologies. This used microfluidic technology to raise slightly resistant keys from the screen. This can be configured to raise anything from a qwerty keyboard to gamepad configurations depending on what the Android system calls for. Tactus has aimed this more at OEMs rather than Tactus-branded tablets.

Finally is the new Force Touch interface that Apple have developed. This uses a combination of software and hardware to create a remarkable system that will respond differently depending on how much pressure you apply, and with localized vibration, new and innovative feedback can be produced. This technology is not currently available for Android but it is safe to assume it will be soon if proper and innovate implementations are found.

Where to Go From Here

With the re-birth of Blackberry, and a suite of new touchscreen technology, new bonds being made and it is unclear where smartphones and other touchscreen devices will go from here; and which path will emerge triumphant. However, whichever path technology chooses, it is most likely going to be beneficial to all of us.