Old and New collide in the best of ways

Blackberry helped shape the foundations of modern smartphones, being one of the first brands to bring smartphone features and mobile internet services to mainstream consumers.

These primeval smartphones were also powerful in enterprise, and for years they remained the favorite choice of corporate America and big multinationals. Those times seemingly faded with the rise of Android and iOS as truly “smart” alternative platforms, and Blackberry’s stagnation costed it reputation points that will not easily be regained.

Cue the Blackberry Androids: we’ve been hearing about the once-monolithic smartphone maker’s incursion into Android for a while now, but it was not until recent leaks of the Blackberry Passport running Android that we could finally believe what we wanted to hear all along. The Blackberry Venice also saw some leaks, this being a built-for-Android kind of phone that tries to marry the best of the open OS with the best of Blackberry.

Can it do so, and if so, how? Rather than looking at an illusory specification sheet from dubious leaks, I want to put forth some arguments regarding the user experience that the Venice will offer, deduced or inferred from the leaked images and videos that are certain. The first thing one can notice about this new Blackberry is the slider keyboard, which is what I primarily want to tackle below.

The physical keyboards of Blackberry have always been a favorite amongst teenagers and businessmen alike. While software keyboards today have become very efficient due to increasingly intelligent word prediction and the ability to iterate constantly through updates, physical keyboards cannot be beaten in terms of maximizing simplicity and effectiveness in one shot. Moreover, Blackberry keyboards are excellent and the company is an expert at making them ergonomic and efficient. That being said, I saw some concerns raised about the Venice that I want to explore.

There is a niche to please, and there is no better player to fill that particular void than Blackberry

Unlike traditional (and beloved) Android slider phones, such as the Original Droid and the T-Mobile G1, the Venice’s keyboard is in portrait. This leads people to intuitively assume that this is an inefficient orientation, and there are arguments both in favor and against. Software keyboards really cripple landscape mode but having a hardware keyboard on landscape allows for comfortable typing while still retaining the full screen. Browsing the web on slider phones back then was also a pleasurable experience because you had a more-traditional PC-like view of websites and had the keyboard ready when you need to input a URL or information, with no obstructions to your view. 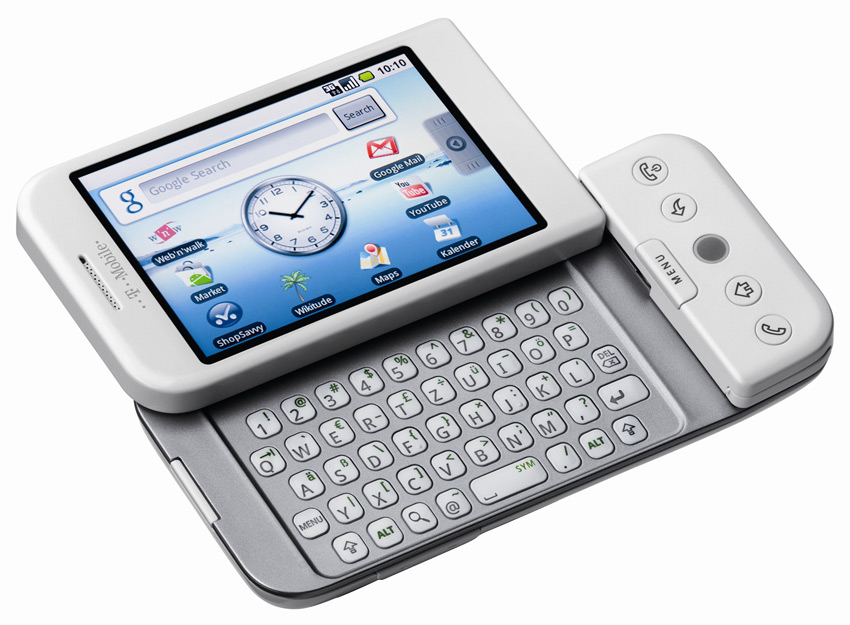 That screen is smaller than how we remember it, and so is the keyboard.

I argue that the Venice’s slider orientation is better, though, because of the way Android has evolved and the way Blackberry has always been. If you were to grab an old Droid or T-mobile G1 today, you would immediately notice just how small they are. We have fond memories of their efficient landscape keyboards, but these were also small. Now, the Venice is more in line with current flagships, and it is said to have a 5.4 to 5.5-inch screen. The screen is also curved to shave off size on the side bezels, leading to what looks to be an efficient size. A quick look at old pictures of Android phones with slider keyboards, like the 117mm tall G1 and the 116mm tall Droid, show that the keys don’t actually stretch from end to end and don’t exploit the full length of these phones.

The Blackberry Venice’s keyboard does take up all available length, however, and with the alleged 5.4-inch screen plus the small bezels after the curve, that would most likely translate to the same length. So, in reality, the Venice’s keyboard wouldn’t be much different from the ones we loved on other phones in terms of pure dimensions. There is another factor worth considering: Blackberry specializes in this portrait keyboard setup.

We’ve seen them on so many of their devices before the touchscreen smartphone, and we loved those keyboards then. Because of this, I believe there is little to fear in terms of keyboard size, ergonomics, and effectivity. But the keyboard is not just for typing, which ties into the browsing experience mentioned before:

The keyboard functions as a trackpad, a brilliant implementation that allows users to browse the web. We’ve seen similar approaches from Blackberry before, and this wouldn’t feel like a Blackberry flagship without something of the sort. The trackpads and wheels of older Blackberries helped cement mobile internet browsing pre-touchscreen, and a trackpad it still remains a comfortable alternative to browse without covering the screen with your fingers. The other complaint I’ve seen raised is that the landscape layout for the keyboard and screen makes for a better browsing experience. However, I don’t think that’s particularly universal in 2015, where most websites, and mobile websites specifically, have taken on vertical designs that make touchscreen and portrait scrolling easier.

The Blackberry Venice has software keyboards against it, because these have made leaps of progress in the past few years, especially with giants like Swiftkey constantly iterating and expanding. Even OEMs figure out amazing keyboard features that are simply impossible to realize through standard (traditional) hardware, such as gesture typing and keyboard resizing. But nevertheless, there is a niche to please, and there is no better player to fill that particular void than Blackberry. Then there is the fact that, while the phone might have a physical keyboard as a main selling point, you don’t have to use it all the time. I imagine most people won’t slide it out if they need to reply “k thx” to a text, but I can see most power users opting for it when typing out long e-mails or important messages. Blackberry could also bring forth optimizations we aren’t aware of yet, which would only help by giving users more options to ease the transition – or return, rather – to hardware keyboards. The Blackberry Venice also comes at precisely the right time to reclaim the Enterprise crown, and on the correct OS this time. Android has been eyeing this sector for a while now, and in the past two years, it has consistently improved in terms of security, productivity, and services to grab its fair share. Android at Work, the contributions from Samsung Knox, Blackberry’s own contributions to Android, new security measures and the upcoming routinely security patches, and the plethora of rich updates to Google Drive and Google Docs mean that Android is now a more attractive platform for all sorts of corporations and businesses, and Blackberry has the perfect name to scoop up new users.

For years, Blackberries were synonymous with businessmen, lawyers, and the like. They were their own status symbol at the time, just like Palms were as well. There is still some nostalgia for all of that. It wouldn’t be surprising if the Blackberry Venice could channel the old Blackberry fame through Android, with its hardware keyboard, and by sporting enhanced productivity features such as device-wide smart search.

The Venice is exciting due to a plethora of reasons, and unlike with many other flagships, none of them have to do with the phone’s price nor internal specifications. This device has caught the world’s eye because of its ambitious design, from a company known for great hardware but that desperately needs an innovative comeback. Android desperately needs truly useful innovation as well, and now that devices offer such similar user experiences, the Venice can stand out not by necessarily going forward, but by looking backwards and at simpler times. Re-imagined sliders and hardware keyboards are some of the things that enthusiasts have been craving for a while, and I can envision no better set of conditions nor a better context for this new release. We hope it lives up to its potential, but either way, one thing is certain: it’ll be a much better option than the keyboard case crap that Samsung released last month.