Bose makes some of the best headphones on the market. They can be a bit pricey, but if you’re looking for high-quality audio, Bose headsets are usually worth it. If you use Bose headphones with a smartphone, you need the Bose Connect app, which was recently updated and found to include references to an unannounced “QC35 II Gaming Headset.”

The original Bose QuietComfort 35 II headset is special because it’s one of the few headsets that has deep integration with Google Assistant. So we’re very interested in another device in this series, which is what was found in an APK teardown of the recent Bose Connect app (via 9to5Google). The teardown revealed references to a “Gaming Headset” and even a video showing it off.

The new device is codenamed “Tibbers,” which is a reference to League of Legends. The strings associated with “Tibbers” mention Bluetooth connectivity and connecting a “gaming microphone” to the headset. A product video found in the APK demonstrates connecting a wired microphone attachment to the AUX port of the Bose headphones.

This is certainly a Bluetooth device, but the strings say the microphone will require the headset to be plugged in. The device is clearly called “Bose QC35 II Gaming Headset” in the app, but it’s not clear if this will be an entire headset or a microphone attachment sold separately. It could simply be the QuietComfort 35 II headset sold in a bundle with the microphone accessory.

Regardless of how it’s sold, this would be Bose’s first venture into headsets with connected gaming-style microphones. Their headsets, of course, include built-in microphones, but microphones that protrude out in front of your mouth are more popular (and sound better) in the gaming community. 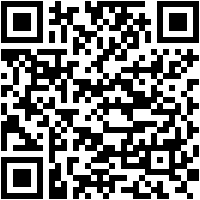 XDA Basics: How to Change the Wallpaper on an iPhone

XDA Basics: How to unlock your Mac with your Apple Watch

These are the Best Google Chrome Themes: Choices across Nature, Art, and more!

XDA Basics: How to take a screenshot on a Chromebook