Brand Loyalty: OEMs Giveth and Then Taketh Away

The majority of users here at XDA will feel fierce brand loyalty for a company, whether it is Android itself, their phone’s OEM or something else entirely. It’s a topic that is shown constantly in the great “which is better” debates and whilst we may give it willingly in return for a quality product, many companies see much higher levels than others.

Be Together Not The Same

One of the many perks we have as Android users is the kinship between users regardless of make and model of the device. Whilst manufacturers may differ, the vast majority of us will share a loyalty towards OS if not perhaps a ROM. That in itself is cause for celebration and gives us the freedom to form communities such as ours where we can truly demonstrate Android’s motto of “Be Together Not The Same“. Google has achieved brand loyalty in many of us, simply by giving us a sturdy and customizable platform from which to work upon. A strategy that proved to be so successful that you are reading this in a community of 6.4 million users, the majority of whom will use Android and show some form of loyalty towards the software. It is a lesson that should be taken by other mobile operating systems if they hope to one day achieve the same.

It is a commonly known fact that some Android users feel such a strong loyalty to the OS and the latest updates that their passion has manifested in cult like levels of admiration. It doesn’t take long for a conversation regarding Material Design to turn to Matias Duarte who has been deified by many users. Very few non-CEO/founders working within technology achieve this level of respect.

Samsung has seen its fair share of loyalty as a result of numerous factors. They have consistently provided the best hardware with a familiar style which has made them the largest Android Smartphone manufacturer. From this lofty height, it is inevitable that they see significant fandom, however many users use these dependent on location for either prestige and notoriety or for convenience.  They are used by many as a status symbol and would be regardless of features.  It has been noticed that a feeling of interaction is an integral part of gaining loyalty and whilst many companies aim to perfect this level of intimacy with their customers, it is rarely seen with Samsung. It is possible that they feel they have outgrown the need to interact with their customers on a personal level.

In a complete reversal and whilst possibly remaining one of the least favored tech giants on XDA (for obvious reasons), Xiaomi’s loyalists 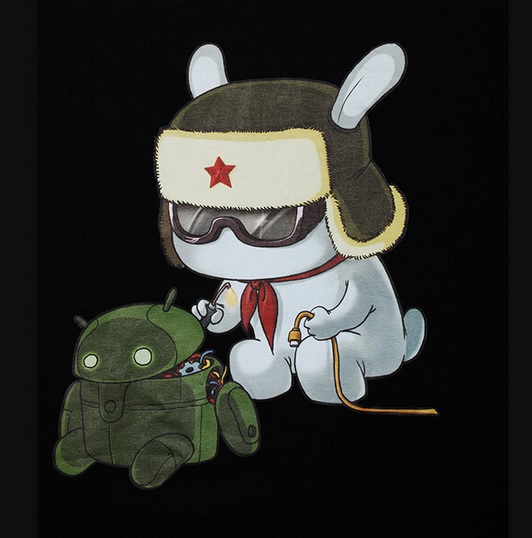 are some of the greatest in the world. Calling themselves ‘Mi Fen’ which while being short for Xiaomi Fan also translates to “Rice Flour” a clever play on Xiaomi’s name which translates to Little Rice (小米). This is all based upon consumer engagement which the Chinese company has mastered. Xiaomi’s global director of marketing was even quoted as saying  “For other companies, I think when it comes to anniversaries it’s usually about the company itself. For Xiaomi, it’s about our Mi fans. We want to please them with new products, more offerings…”  This form of marketing clearly shows an increased level of brand loyalty. They have frequent events, and more paraphernalia than you could possibly ever buy in the form of adorable plush toys, t-shirts and bags etc. These not only allow users to show their ‘allegiance’ but also increases public visibility. With the events they hold such as free annual mobile checkups from their engineers and week-long anniversaries, it is not hard to see how they have such a cult following.

Like many things, brand loyalty is very much geographically based. What works for the aforementioned Chinese company may not work for a company with a long history in the US. In fact, many carriers in the UK (where I am based) do not offer any phones from Motorola at all. However, head over to countries like Brazil and you’ll find the Moto G is the best-selling smartphone, which is an impressive statement when you realize that Brazil is the fourth largest smartphone market in the world. It is this that has helped Motorola’s market share grow 118% over the last year. The incredible levels of loyalty shown in countries such as Brazil are due to numerous factors including the offer of a well-rounded low end smartphone with a great price. Couple this with a series of heartwarming stories  about use of the devices in everyday life and the buzz of the Nexus 6 and you have a company with a solid basis for fan backing.

It does appear that smaller brands spend more time on working with their fans. Honor has been seen attending Android conferences and 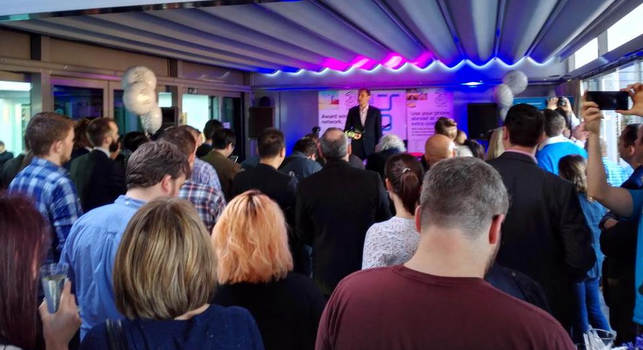 fan gatherings, but also holding their own casual meet and greet events quite often. These are not just for the areas with most fans but also for the places less visited. At a recent event in Birmingham, England (an area not known for its Honor fan base) the Sales and Marketing Manager for Honor UK took a few minutes of his time to ensure he could speak to anyone who wanted to ask a question or try out a device from the full line up they had on display. Including one device which was secured inside a locked case that covered all but the display. That is not too say that larger populations are ignored however, in fact a meet and greet was also held in the Sky Bar next to the iconic St Paul’s Cathedral in London this week. It is this type of dedication that drives loyalty.

My Journey With Loyalty

My own journey with brand loyalty begins with Google, as I use many of their services and have done so since school. Drive, Inbox, Chrome OS and Android are amongst their products I use on a daily basis. The services I have used have expanded greatly since my childhood, as back then all of the above did not exist. However, I still felt grateful for the products of theirs I did use and as chance would have it in October of 2008 I decided I need a new phone. I had seen and settled on the sidekick series, the design greatly appealed to me and so that was to be my next device. A few days before going to make my purchase I started seeing news that Google was bringing out a mobile operating system. The first device to feature it was available on my carrier and the design was not too dissimilar from that seen with the sidekick series. I was 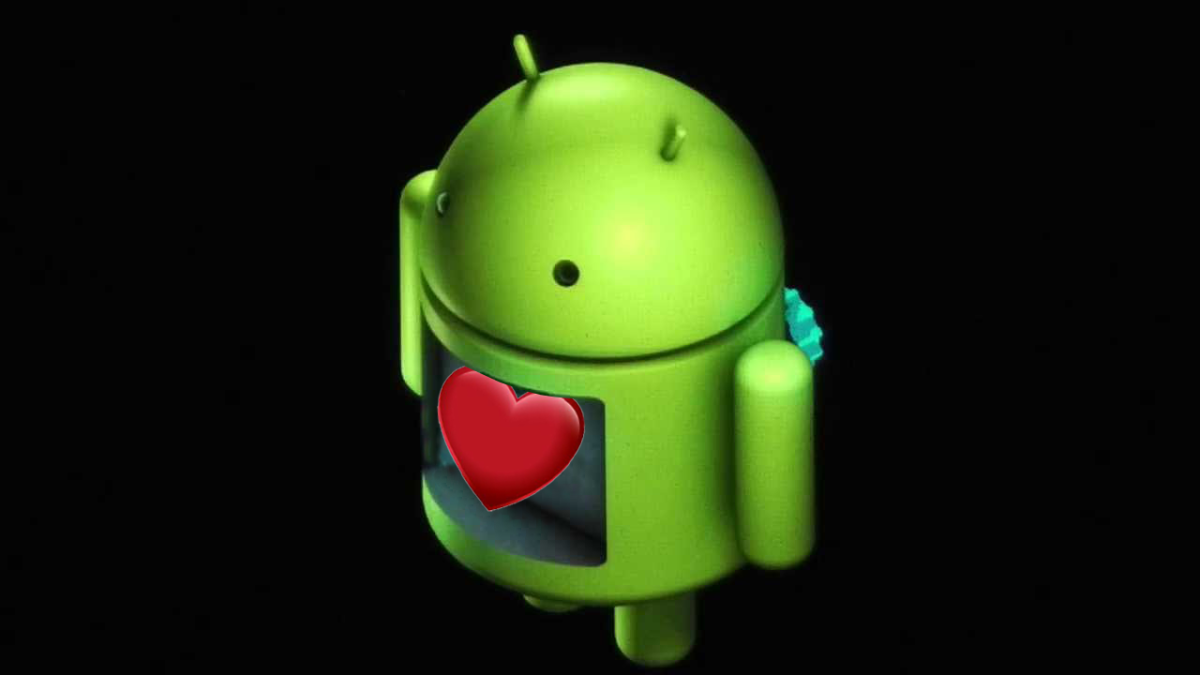 sold, and on launch day, I bought my T-Mobile G1 (also know as the HTC Dream to some parts of the world). At the time, it was everything I wanted and as a result my loyalty to Google and HTC was secure. After this amazing device I doubted I would ever stray from either of their products again. I was half right. Whenever the eternal OEM debate came up, out came the phone and I would happily argue that HTC was by far superior to anything else people could show me. Two years later I was due an upgrade and HTC was releasing the Desire HD; the G1 had been such a brilliant device that I gave it very little thought. Again on release day I went into a store and left the proud owner of a new device. Days later I knew my journey with HTC was over, as the phone was plagued with issues. Due to a fault with the proximity sensor, every time I lifted the phone to my ear to make a call the phone would lock, until you performed a battery pull. The issue was widespread and replacement devices I received had the same issues. The loyalty that I had so proudly flaunted was gone and with two years left on my contract I began a new journey to find a manufacturer who could fill the void left behind. A year after this event, the Galaxy Note was released and having heard many good things about Samsung, I kept an eye on its progress until my contract ended. Having used a variety of cheap phones in the mean time, I once again returned to my store of choice on release day to pick up a Note 2. The phone was everything I had ever wanted from a device: it took all the abuse I could throw at it, had an excellent developer backing and was perfectly sized. The device was so good that when my contract ended and I was given the choice to upgrade, I instead opted to change to a SIM only 30 day contract. Whilst subsequent devices from Samsung have never caught my attention quite like the Note 2 did, I do not intend to end my journey with it for some time and it is still one of the two devices that travel with me everywhere I go. My other device that many of you saw in our recent feature The Devices Behind XDA is a Xiaomi Mi Note and whilst the device itself is exceptional, I will never feel any form of loyalty to the company behind it for obvious reasons.

At the moment, it could very well be said that I no longer feel loyalty to any OEM. I have learned from my past mistakes and it has left me more open to suggestions when it comes to manufacturers. I hope that I will never again judge a device based on the company or devices they have produced.

Do you feel loyalty towards your OEM? Why or why not? Leave a comment below!

XDA » Analysis » Brand Loyalty: OEMs Giveth and Then Taketh Away