Button Launcher for Android Wear 2.0 lets you customize what apps to launch on button presses

Android Wear devices predominantly use the touch screen for interaction, but they do also have physical buttons. These buttons are programmed for certain tasks by the OEM, but what if you want to set up your own shortcuts? Android Wear doesn’t currently allow users to customize these buttons. XDA member moneytoo has a solution called “Button Launcher.” Button Launcher is a free app for Android Wear 2.0 that allows users to choose apps to be launched based on button press combination. Depending on the number of buttons on your watch, the app uses a combination of short-presses and long-presses to launch apps. A watch with only one button is limited to four different shortcuts, but if the watch has two buttons you can use eight shortcuts. Here’s an example of the shortcuts on a one-button watch:

Button Launcher is a free app that you can simply download from the Play Store. There are a couple of limitations, so make sure you check out the full thread for more information. 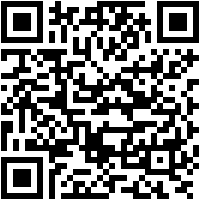