When Apple develops some of its products, it sometimes pretends that no other devices exist outside its walled garden. For example, the company never supported Bluetooth file sharing between iOS and Android — even when the technology was still popular and actively depended on. That’s because it has its own proprietary AirDrop feature, which works on its devices only. Another example is AirPods. While you can use AirPods for basic listening on an Android device, you still miss out on a lot of privileges that are exclusive to newer iPhones, iPads, and Macs. These include checking the individual battery percentages of each earbud and the case, remapping the playback controls, etc. CAPod is a free companion app for AirPods users on Android. While it doesn’t support all of iOS’ features, it still bridges part of the gap on Android.

My AirPods companion app for Android is now open-source: https://t.co/eewpRCqi6U

CAPod has been around for several months, but it’s now available as an open-source app on GitHub. Considering Apple doesn’t provide Android users with a companion app for AirPods, CAPod can act as a decent alternative for those unsatisfied with the default offerings.

The Android app scans your surrounding for compatible AirPods and Beats models. It then reveals a card that shows how strong the signal is and the listening device’s state. You get to view the battery percentage of each earbud and the case, whether an earbud is in your ear or in the case, if you’re playing audio or not, which earbud is acting as the microphone, etc.

Perhaps one of the most useful aspects of this AirPods companion app for Android is the battery levels. By default, Android OS doesn’t break down the individual percentages of each earbud and the case. Through this application, you get a better idea of how much power each of these tiny devices are packing. Though, you still miss out on remapping capabilities, Siri support, Personalized Spatial Audio, and more. 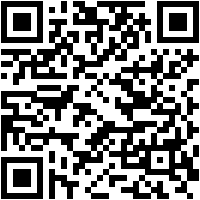 Will you be using CAPod? Why or why not? Let us know in the comments section below.