We’ve talked about LiveBoot in the past and how it tweaks the default boot animation of your Android device by adding logcat and dmesg logging (bringing the good old Matrix digital rain vibe). Made by none other than XDA legend Chainfire, the creator of SuperSU, this incredibly innovative app has now received a new update after a brief hiatus. The update bumps the app version to 1.84 and finally makes it compatible with Android 11.

Apart from adding Android 11 support, Chainfire has also made LiveBoot fully open source, including the low-level library named libCFSurface that it makes use of. The library allows direct SurfaceFlinger access as root, which could be useful to get anything on-screen when Android itself isn’t fully loaded.

If you’re interested in trying out the app on your device, you can download the updated version from the Google Play Store or grab the APK from the application thread linked below for manually sideloading. In case you want to take a look at the codebase and play with it, you can visit the project’s GitHub repository.

Another one of Chainfire’s popular applications is called CF.lumen, and it too just received a new update with version number 3.74 to add support for Android 11. For those not familiar with CF.lumen, it adapts the colors on your Android device based on the position of the sun or based on your custom configuration. However, according to the developer, only the compatibility mode driver of CF.lumen currently works under Android 11, and that too with the root-only mode. 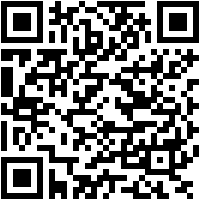