How to change emoji on Android

Emojis are great. They enhance modern digital communication by adding emotions and expressions. But emojis evolve and new ones are added every year by the Unicode Consortium. Google brings the Unicode-ratified new set of emojis to the new version of Android every year. This leaves the older Android versions with older emojis. Android manufacturers also sometimes replace the default Android emoji set with their own sets, again creating a disparity between what’s available on your phone and what’s on your friend’s phone.

So if you’re looking for the best emoji experience by changing the emojis on your Android phone, we can help. In this guide, we’ll talk about the various ways you can change emojis on Android.

If you don’t have root access on your Android phone, you won’t be able to change emojis on a system level. Having said that, there are keyboard apps, font apps, and text messaging apps that allow you to experience new emojis on an app level. With these apps, you’ll be able to send and in some cases receive properly formatted emojis that aren’t included in your phone’s Android version or were not added by the manufacturer. If your device manufacturer is taking their time pushing out a new Android version with updated emojis, you can use Gboard to get the new emojis. Gboard typically gets new emojis faster than any non-Pixel smartphone would get them. It already includes the new emojis introduced in Emoji version 13.1.

With Gboard, you’ll be able to use the new emojis wherever you can use the keyboard, but since these emojis are not present in the system, they won’t display unless the app in which you’re using them supports them. For example, the updated ‘Man with Beard’ emoji will show up in the Twitter app, as Twitter has already incorporated version 13.1 emojis, but it won’t show up in WhatsApp as WhatsApp is yet to add the newer emojis.

Swiftkey and Fleksy are two other great keyboard apps with a good selection of emojis. You can use them to change the emojis if you don’t like Gboard. If your phone supports changing the system font, you can use an app like zFont to get new emoji fonts. This app only works with phones from select manufacturers. It allows you to download emoji files used by different platforms like Windows, JoyPixel, Facebook, and more. Unfortunately, zFont includes a lot of full-screen ads, so it doesn’t offer a good user experience. 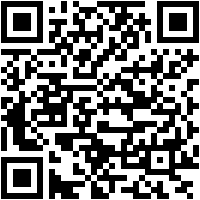 Textra is a great Android text messaging app that also features in our list of the best SMS apps for Android. The app comes with multiple emoji styles – including Twitter emojis and iOS emojis. If you text frequently and use emojis a lot, this app will solve a lot of your emoji problems. You can select your favorite set of emojis by going to Settings > Customize Look > Emoji Style.

If you’ve gained root access on your Android phone, you can change emojis on a system level. It’s important to remember that even though you’ll get new emojis on the system level, chat apps that use their own sets of emojis will still not show the new emojis. The same is true for people to whom you’re sending the new emojis. If their phone doesn’t have the new emojis, they won’t be able to see what you send them either. If you want the new emojis introduced in Android 12, you can use this Magisk module by XDA member RKBDI. Developed by XDA Member RickyBush_, the Emoji Replacer app allows you to download and use iOS 14.5, JoyPixel 6.0, Google 11, and other emoji sets on your Android phone. You can find more about Emoji Replacer in its official XDA thread. 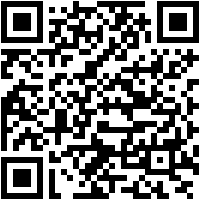 XDA » XDA Tutorials » How to change emoji on Android