Not all Bluetooth 5-enabled smartphones are created equally, here’s why

Bluetooth, despite being there since day one of modern smartphones, is still evolving. A new iteration of the Bluetooth specification is released every few years, the latest of which is Bluetooth 5, announced in 2016. While the majority of smartphones these days officially support it, a large number of smartphones are missing key functionalities defined in the Bluetooth 5 specification. This was recently highlighted in post on Reddit which caught our attention. Bluetooth 5 brings many new improvements and optimizations, but several of them are sadly optional. What this means is that smartphone manufacturers can correctly claim their device supports Bluetooth 5 while missing some of the key improvements in the specification.

One of the important new features that the Bluetooth 5 specification defined is a choice of three PHYs. PHY is an acronym for Physical Layer, which, in essence, is the chipset. At a minimum, chipsets must support LE 1M PHY to support Bluetooth 5. LE 1M PHY is the PHY used in Bluetooth 4 and it has a symbol rate of 1 mega symbol per second (Ms/s). LE 2M PHY, however, doubles this speed at 2 Ms/s. Then there’s LE Coded PHY which provides approximately four times the range of Bluetooth 4 without an increase in power consumption.

What’s key about LE 2M and LE Coded is that, for Bluetooth 5, neither of them are mandatory. This means that manufacturers can provide the same communication abilities as Bluetooth 4, but tout Bluetooth 5 support. While most devices support either LE 2M or LE Coded, the vast majority do not support both.

In summary, three of the main features that are available in Bluetooth 5 do not have to be supported for a device to classify as Bluetooth 5-enabled. There are, of course, other features that Bluetooth 5 brings that are mandatory—such as improving interference with other frequencies—but these are more so quality-of-life improvements than game-changing stuff.

Does my device support any of these features?

There’s a pretty simple way to test if your device supports any of the three features mentioned above. To start, simply download nRF Connect from the Google Play Store. 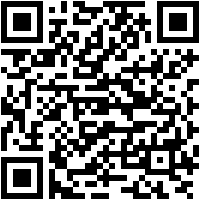 Currently, a lot of flagships appear to be missing at least one of these features. However, improvements are being made. While the Samsung Galaxy S9+ only supported one of the features—the PHY 2m layer—the Galaxy S10+ supports all three. Xiaomi and OnePlus flagships also support all three features. Famously cheap devices such as the POCO F1 also support everything, so it’s unlikely that price is the source of the problem here.

It’s unusual for Samsung to only recently add support for all three features, given their history of stuffing as many features as they can into devices. It’s also surprising that OnePlus have included everything, given their prior reluctance to add support for features they don’t consider necessary. Less surprising is Xiaomi’s full support, in the past they’ve been no stranger to feature-packed phones. That being said, some may disagree, given Xiaomi’s previous qualms about adding support for popular features such as the Camera2 API.

It’s a shame that so few devices support everything specified in Bluetooth 5, because for the new features to be utilized, communicating devices both need to support the feature. According to the users who chimed in with their devices’ information on the aforementioned Reddit thread, the market is currently closer to 0% than it is to 5% of fully supported devices. Thankfully, more recent flagships seem to be supporting all the major features.

Bluetooth 5 was a big step forward for device connectivity, so it’s amazing that it’s taken the smartphone community this long to catch on. But now that it’s been made clear just how much we’re missing out on, we can let OEMs know that missing out on such features is unacceptable, and hopefully cement the changes they are already starting to make.