Collabora Office is a popular open-source alternative to the Microsoft Office suite. It’s based on Libre Office, and it’s available on a variety of platforms, including Windows, Linux, iOS, and Android. This year in July, a major update for the office suite brought support for Chrome OS devices. Now, the team behind Collabora Office is rolling out another significant update that introduces a new layout for Android tablets and Chromebooks. Additionally, the update brings interoperability improvements for Microsoft documents on mobile devices and Chromebooks, including support for gradient backgrounds in slides, semitransparent text, and better SmartArt support. On top of all that, the update also brings Dark Mode support on Android, which switches some of the UI elements and backgrounds to a darker theme. For Chrome OS users, the latest Collabora Office update brings a floating action button for easier access, an interactable “create new documents” button, scroll support using the trackpad and touch screen, and keyboard shortcut support. The update further includes miscellaneous bug fixes and improvements that you can see in the changelog section below. 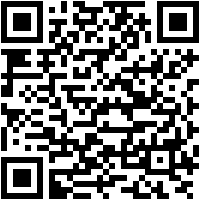