Android as an OS has matured a lot over the years. Back in the early days, custom ROMs were massively popular as they fixed a lot of what users considered broken on the stock Android OS or the OEM’s UX skin. But now, people find fewer reasons to jump ship away from the OS that their device ships with. But that doesn’t mean that the stock Android OS is perfect, as there can still be smaller quirks and oddities that impact your experience. If you don’t want to entirely change the OS on your phone but still want to change a few things around, Cometin is an app that contains a small collection of Android tweaks that could potentially improve your smartphone experience.

Cometin by XDA Member Stjin is a collection of tweaks that do different things. All of them have been bundled into the same app using Dynamic Delivery Modules, allowing the app to download only the files that are needed for the feature you are interested in, while the rest need not be downloaded onto your phone. All modules are served directly from the Google Play Store, and are installed as soon as you request them. If you uninstall a module, the system defers the uninstallation to happen in the background within the next 24 hours.

Here are the descriptions of the modules, providing further context to their functionality:

If you would like to try out any of the above tweaks, check out Cometin! 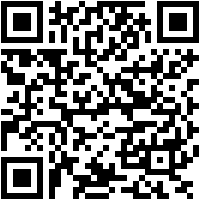