[Update: Apps Banned] How to Mine Cryptocurrency From Your Phone

Update 27/7/18 : Google has banned all kind of cryptocurrency minning apps from Play Store. Read our dedicated article on it to know more.

What do Bitcoin, Ethereum, Litecoin, and Dogecoin have in common? They’re cryptocurrencies — digital currencies that use cryptography to secure users’ holdings, control the creation of new currency units, and facilitate the transfer of existing units from one person or party to another. They’re peer-to-peer and completely decentralized: When someone transacts with cryptocurrency, the transaction is broadcast to a network of users, ensuring that the units can’t be double spent.

There’s an important interim step between the time Joe Schmoe pays for a cup of coffee with Bitcoin and the café owner receives his digital dollars, though: Mining. For every transaction on the network (also known as the “blockchain”), so-called “miners” use GPU enclosures, ASICs, smartphones, and other devices to find a hash — a product of a cryptographic function — that connects the new transfer, or “block”, to its predecessor. In Bitcoin, this cryptographic proof-of-work puzzle is based on the SHA-256 algorithm.

So what’s in it for the miners? Moolah. To incentivize the confirmation of new transactions, miners mint a small amount of new cryptocurrency each time a currency unit transfer is confirmed. It’s not easy money — the cryptographic difficulty of the proof-of-work puzzles increases over time — but it’s enough to make a tidy profit over the long run.

You might be wondering: How can I get in on the cryptocurrency mining action? Well, the most profitable miners use beefy PCs with multiple GPUs or custom-built computers. But that’s not to suggest you can’t mine on other, less powerful devices. Cryptocurrency mining applications for Android generate incremental Bitcoin, Litecoin, and Ethereum in the background. They won’t make you rich overnight, but they’re a great way to put your idle smartphone to good use.

How to Make Money Mining Bitcoin on Android

So just how hard is it to make money mining cryptocurrency on a smartphone? It depends. You’re not going to have much luck with Bitcoin — the exponential rise in popularity (one Bitcoin is worth $8,347.98 as of publication time) has made it an attractive target for crypto mining entrepreneurs. Every Bitcoin has a cryptographically generated 64-bit address, and a public key and private key that unlocks that address — that’s what’s generated by Bitcoin miners. But Bitcoin has a hard-coded currency unit limit of 21 million, and the current difficulty is such that most phones will take months to generate a fraction of a Bitcoin.

Hash rate, defined as the output of a hash function, is the speed at which a given device can complete the aforementioned cryptographic puzzles. At a Bitcoin difficulty of about 3.8 million and conversion rate of $8,380 per Bitcoin, the NVIDIA GTX 1080 Ti, one of the most powerful graphics processing units (GPUs) on the market, can only generate $0.01615 in one month at a hash rate of 980 MH/s (980 million hashes per second).

For the sake of comparison, here’s a list of Android smartphones by cryptocurrency hash rate (using the CryptoNight algorithm in MinerGate):

Clearly, that old smartphone you’ve had lying around in a drawer forever isn’t going to make you rich overnight. That said, there’s an alternative to Bitcoin mining that’s comparatively profitable: mining alternate cryptocurrencies (“altcoins” for short) and trading them for Bitcoin.

Take Zcash, for example. At a difficulty of about 8.4 million and a conversion rate of 0.028 Zcash per Bitcoin, the NVIDIA GTX 1080 Ti can generate $59.4 in one month. That’s not exactly a goldmine, and your smartphone will generate just a fraction of that total. But it’s a heck of a lot better than the fractions of a penny on the dollar you get with Bitcoin mining.

Cryptocurrency mining pools are server-hosted groups of miners that contribute their computing resources to cracking transactions. When a pool’s successful at decrypting a cryptocurrency transfer, every member gets a cut proportional to the amount of processing power they contributed.

Some cryptocurrency mining apps on Android require that you join a cryptocurrency pool. You’d be hard-pressed to find a definitive list of the best, but here are a few reputable mining pools with minimal fees and easy sign-up:

When choosing a mining pool, you’ll want to consider size, which will determine how often you’re paid (bigger pools offer more regular payments); fees, which can range from anywhere between 0 percent to 3 percent; and reward method. Pay-per-share (PPS) pools pay a fixed amount every time a share of the current cryptographic block is submitted, for example, while score-based pools pay a proportion of shares weighted by the time the share is submitted.

Now that we’ve established the best approach for mining cryptocurrency on Android, the next step is installing a cryptocurrency mining app that’ll automate the process. These Bitcoin, Ethereum, and Monero mining apps for Android automatically download pending transactions from the blockchain and put your phone’s processor to work, uploading the work when it’s complete. After you create an account with MinerGate, which is mandatory, you’re presented with two options: Mobile Mining or Buy Cloud Mining. The first uses your phone’s system-on-chip to mine cryptocurrency, and the second offloads the processing to MinerGate’s servers for a nominal fee. The former option’s the better bet; given cryptocurrency mining’s razor-thin margins, cloud mining is rarely worth the associated surcharges. Unfortunately, MinerGate offers only cloud-based mining for Bitcoin and Monero.

MinerGate lets you customize the cryptocurrency mining experience to a degree. You can increase or decrease the app’s thread count (i.e., the number of processor cores it’ll use to mine coins). And you can prevent it from mining when your phone’s off the charger, low on battery, or on mobile data. You can also switch between one of three speeds during mining  — low, medium, or high. Higher mining speeds require more system resources. 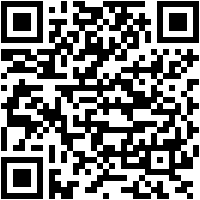 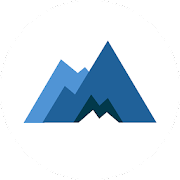 Crypto Miner might not have MinerGate’s slickness and polish, but it supports a larger number of cryptocurrencies and algorithms, including Bitcoin, Litecoin, Yacoin, Quarkcoin, Groestlcoin, DiamondCoin Evolution v 2.0, Monero, Helixcoin, Skeincoin, and many others. (Not all algorithms are available in the free version; you’ll have to purchase access to individual algorithms if you opt not to shell out $2.28 for the Pro app.) It’s also optimized for NEON, ARM’s advanced SIMD (single instruction multiple data) architecture extension for Cortex-A processors, and requires that you join a mining pool.

Crypto Miner keeps things simple. Once you enter your mining pool credentials and select an algorithm from the drop-down menu, you’re free to specify the number of processor threads dedicated to the app’s decryption routine (only up to four, oddly, even on phones with eight-core processors). You’re also able to set the processing priority, and to choose whether the app’s allowed to run in the background or alert you of newly generated coins. 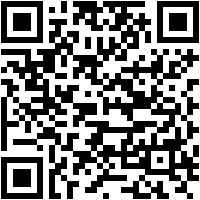 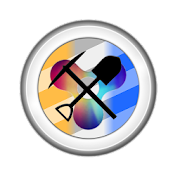 NeonNeon Miner, much like Crypto Miner, requires that you join a cryptocurrency mining pool. Among the list of cryptocurrencies supported are Bitcoin, Litecoin, Feathercoin, Vertcoin, and that just scratches the surface. The UI isn’t the prettiest, and the banner ads are a bit of an annoyance. But NeonNeonMiner offers a detailed cryptocurrency mining log and excellent autoconfiguration script that’ll detect most smartphone system-on-chips in seconds.

As far as the options are concerned, NeonNeonMiner is in line with other cryptocurrency mining apps for Android. You’re free to switch between mining pools at will, of course, as well as mining protocols/algorithms. And you can increase or decrease the number of processing threads across which the app will run when it’s confirming a transaction. 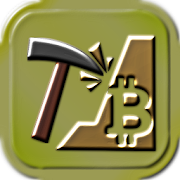 If you’re looking for a no-frills, bare-bones cryptocurrency mining app that gets right down to business, AA Miner’s the app for you. It supports more than 50 cryptocurrencies including Bitcoin, Dash, Litecoin, FantomCoin, Bytecoin, and DigitalNote, and claims to offer the “most profitable mining” algorithm: CryptoNight. CryptoNight can be used to mine Monero, Bytecoin, and other altcoins.

AA Miner, like other cryptocurrency mining apps for Android, lets you specify the number of threads that’ll crunch cryptographic numbers. You also have the choice of allowing the app to run in the background, or to run only when plugged into a charger. 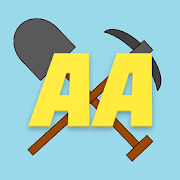 If you don’t intend to switch between cryptocurrencies often, LitecoinPool.org’s Pocket Miner might be the mining app for you. It only supports one cryptocurrency, Litecoin, on LitecoinPool’s servers. You’re unlikely to find local system-on-chip mining profitable — short of an ASIC miner, it’ll take you months to generate enough Litecoin to pay for the electricity your phone consumes — but Pocket Miner plays nicely with cryptocurrency clients for desktops and custom mining rigs.

The settings menu is where you’ll find options for increasing or decreasing the processor thread count, selecting the server nearest you, and automatically stopping/starting mining when your phone’s charging, running low on battery, or connected to Wi-Fi. 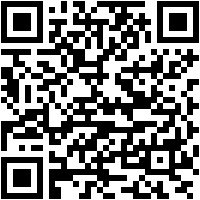 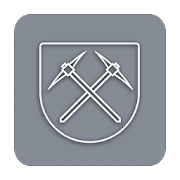 XDA » [Update: Apps Banned] How to Mine Cryptocurrency From Your Phone