Android 10’s gestures aren’t perfect and can often leave a lot to be desired. While I personally don’t have too many issues with them, I can understand the frustrations many may have. There’s a stark lack of customization for starters, with no way to enable gestures for other actions. Imagine if you could open a specific app, or turn on your flashlight, or take a screenshot, all through a gesture? Now you can, thanks to XDA Junior Member Jawomo‘s gesturePlus.

The premise behind gesturePlus is simple, as it draws an invisible overlay over Android 10’s gesture pill area. From there, it intercepts inputs such as taps and swipes to perform its own actions. It supports both single tapping and long-tapping, and you can map either of those to anything of your choosing. An unmodified input (such as swiping up to return to home) will work as normal. Even better, if you have a Samsung phone, this app can disable the back gesture on screen edges entirely. If you’re interested in giving it a try, keep in mind that you must be on Android 10 to use this app. If you want to get navigation gestures on an older version of Android, our very own Navigation Gestures app may do the trick. Be sure to let us know what you think!

Read more about gesturePlus in the Apps and Games Forums 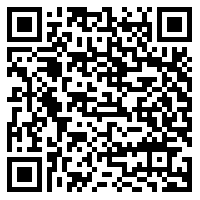