Android has had a built-in Battery Saver mode for years now. If your phone is about to run out of battery, then you can activate it to keep the device running for a few extra hours. Battery Saver disables quite a few power-hungry features and tweaks a bunch of settings to extend the battery life. While it’s quite useful as is for most people, some people may want to tweak it so it doesn’t turn certain settings off or make it even more aggressive at saving battery. If that describes you, then here’s a tutorial on how to customize Android’s battery saver mode.

(Exclusive to Google’s Pixel 3 and later is an even more powerful Extreme Battery Saver Mode, but seeing as this is a Pixel-exclusive feature, we won’t be talking about it any further.)

The list shown above is actually incomplete: Battery Saver mode on Android phones actually does more than what Google says on the support page. In fact, Battery Saver also disables things like app launch boost, vibrations, and animations, and it also limits the maximum brightness of the panel. Since Android’s battery saver mode is open source and can be controlled through the command-line interface for the Settings tables, it’s possible to tweak battery saver mode to make it more or less aggressive in what it disables.

Since we last covered how to tweak Android’s built-in battery saver mode through the command line, a developer has come up with an app that provides a GUI to change each of these parameters. If you don’t want to manually run shell commands and/or look through AOSP to find out exactly what each parameter does, then read on.

XDA Recognized Developer tytydraco, the developer of the LADB app we covered the other day, is back with another app called Buoy. It’s described as an “extension to the built in Android Battery Saver”, and what it does is exposes Android’s hidden parameters to customize the behavior of the battery saver mode. The app lets you toggle the following:

It also lets you toggle “sticky” low power mode, a feature added in Android 9 Pie that lets battery saver mode automatically re-enable itself when the device is unplugged from power or rebooted.

In order to use Buoy, you’ll need an Android device running Android 8.0 Oreo or later, though the available parameters will differ depending on the Android version. Also, you’ll have to grant the app the WRITE_SECURE_SETTINGS permission or root access for it to change the value of Settings.Global.battery_saver_constants. Once again, I’ll refer you to our article on how to set up ADB or tytydraco’s LADB app so you can do that.

If you install the app and make any changes, be aware that the changes won’t automatically revert when you uninstall the app. You’ll have to either hit the “reset” button in Buoy or send one of the commands mentioned in step 4 from before in order to revert battery saver mode’s parameters back to default. 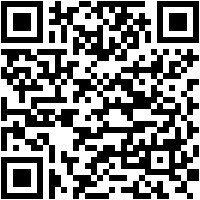 Buoy costs $0.99 on Google Play in the U.S., but it’s also open source so you can compile it yourself if you’re so inclined. Alternatively, you can just set the battery saver mode parameters manually as I previously mentioned. If you want to make things easier and support the developer, then you can buy the app from the Play Store. If you have any questions or feedback, check out the developer’s thread on the XDA forums linked below.