Displays are a fundamental part of smartphones. A great display is now required for any modern phone. Display quality is judged on the basis of resolution, brightness, black levels, viewing angles, and color accuracy. Color accuracy is a broad term which includes grayscale accuracy with gamma, saturation accuracy, and gamut accuracy. Google made a big push last year with Android Oreo, which is the first Android version to support color management. Unfortunately, Android Oreo’s color management system has only been adopted by a few device makers so far. Even on the Google Pixel 2, some users wanted more flexibility than having to choose from color profiles such as Natural, Boosted, and Saturated. They wanted a way to adjust display saturation on a more low-level basis.

It turned out that rooted users of the Google Pixel/XL and the Google Pixel 2/XL could in fact change display saturation more flexibly instead of only having to choose from Natural, Boosted, or Saturated colors. A terminal command could be used to set a value between 0.0 and 2.0, where 0.0 makes the colors black and white while 2.0 sets the colors at 100% saturation.

Then, XDA Forum Moderator Zacharee1 developed an open-source app named “Sa2ration” to enable users to easily change the display saturation value. This removes the need for users to use terminal commands. It should be noted that the app doesn’t affect gamma values (users can flash a custom kernel with KCAL support for that, if it’s available).

We developed the app for Pixel users, but users on the XDA Forums began to report that it works on rooted MIUI-powered Xiaomi devices that are powered by Android 8.1 Oreo and newer. We were able to confirm that it works on the rooted Xiaomi Redmi Note 5 Pro and the rooted Xiaomi Poco F1, both of which are powered by MIUI 9 on top of Android 8.1 Oreo. The Redmi Note 5 Pro and the Poco F1 already come with color profiles (Automatic with three color temperature presets; Increased Contrast; and the Standard profile which usually targets the sRGB gamut), but the Sa2ration app gives more fine-grained control to users in terms of saturation.

It should be noted that setting display saturation too high or too low will make the phone’s display inaccurate with respect to the sRGB gamut (noteworthy because the Standard color profile is calibrated to sRGB on most Xiaomi phones), but some users actually prefer saturated colors and this app allows them to have what they want as well.

The Sa2ration app can be downloaded via XDA Labs and the Google Play Store. As a reminder, the only prequisite for using this app is that users must have root. Having root on Xiaomi phones means applying for bootloader unlock, unlocking the bootloader, and then flashing Magisk. It may or may not work on every rooted Android 8.1 or newer device as it doesn’t work on the OnePlus 6 running Android Pie, for example. 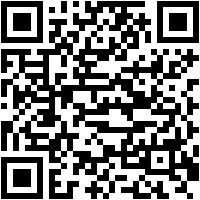