How to Customize the Navigation Bar Icons on Android Oreo

Ever since Google ditched hardware capacitive buttons and moved to software navigation keys with the release of the Samsung Galaxy Nexus, people have been looking for ways to customize the navigation bar. Without root access or a custom ROM, customization of the nav bar was fairly limited until it was discovered that Android Nougat’s hidden navigation bar tuner could be accessed without needing root. The same song and dance was played with Android 8.0, where it was added in an early developer preview but is still accessible in the final release. What’s missing from these guides, however, is that while you’re able to add, remove, or rearrange nav bar buttons, changing the navigation bar icons has been a bit trickier.

While it’s definitely possible to change nav bar icons using the ADB method or Custom Navigation Bar app, the end result is that you lose the ability to do long presses on the buttons. That means you can’t long press on the home button to bring up the Google Assistant, for instance. Furthermore, the other workaround which used overlays to draw on top of the nav bar icons no longer works due to security purposes, so it seems that there’s no way to change the icons on the navigation bar without root.

Fortunately, it’s now possible to theme Android’s System UI with the Substratum theme engine. Better yet, it doesn’t require root access, and it doesn’t face any of the issues mentioned above. This method is a true replacement for the nav bar icons. In this tutorial, I’ll show you how to change the navigation bar icons on your Android Oreo device without root. How to Customize the Navigation Bar Icons on Android Oreo

We’re going to assume you’ve already read through and have setup the Andromeda add-on for Substratum which enables you to theme your phone without root. If not, please go do that now, and make sure you stop at the end of part 1 of that tutorial as that’s all you’ll need to do before you can continue with this tutorial.

Once you’ve confirmed that Substratum is working without root on your device, it’s time to get started. Go ahead and download the Substratum theme app we’ll be using to customize our nav bar, aptly called “Navbars.” 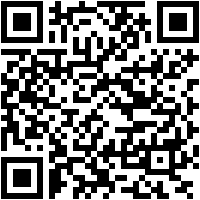 It features a boat load of different navigation bar icons from a wide variety of devices. There’s some from Xiaomi devices, HTC devices, there’s the Pixel nav bar icons, and even the nav bar icons from the Samsung Galaxy S8/S8+/Note 8. The full list is massive, so do be sure to check out the Play Store screenshots which shows off the full list.

Here is a step-by-step guide on how to change your navigation bar icons using the Navbars Substratum theme.

Using Substratum to theme your navigation bar icons is a pretty simple task. The hardest part is setting up Substratum + Andromeda in the first place, and even that is pretty simple since Andromeda doesn’t require much effort on your part to get working.

If we find out other cool tweaks you can do with the new rootless Substratum theme engine, you’ll be the first to know if you follow our Substratum forum or if you use the XDA Labs up to follow the main XDA Portal new page.

This post is part of a series of tutorials on Substratum theming for Android Oreo. Check out the others: