With the recent release of the open beta of Android Oreo with Oxygen OS, users have had enough time now to play around with it and discover what they like and don’t like. If you’re looking to discover more hidden features or customize OxygenOS even further, we found an app to do just that. Called JOnePlus Tools, the application lets you customize OxygenOS 4+ and unlock hidden features on the OnePlus 3, OnePlus 3T, and OnePlus 5. The app has a handful of useful features, some of which require root and some of which don’t.

If you have root access, then great! You won’t need to do anything extra to set up jOnePlus Tools—just grant the app superuser permissions when you first start it up. If you don’t have root access, then some of the features will be restricted to you and you’ll have to manually grant the application the WRITE_SECURE_SETTINGS permission via ADB. We have a tutorial on setting up ADB that you can follow. Once you’ve set up ADB, all you have to do is enter the following command to make the app start working:

Now you can use jOnePlus Tools and unlock hidden functionality of OxygenOS! Here is a list of the features that are available, some of which we have covered in previous articles already (but is easier to access here since it is packaged in an application.) We’ll mark the features that require root by adding (ROOT) at the end. You can download jOnePlus Tools for free from the Google Play Store. Consider donating to the developer if you like their work! 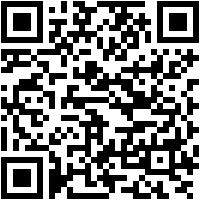 If you’re interested in learning how some of the features in jOnePlus Tools work, here is a breakdown of the shell commands that it sends.

This is how many toggles you can access after initially pulling down the notification shade. The default amount you can see is 6, but you can simply run the following command to edit your quick settings tile amounts.

Where N is the number of quick tiles you want.

Some would argue that the choice of accent colors is very limited in Oxygen OS when in mode, but thankfully users can easily get around that with the use of a simple adb command!

Where “black_mode” refers to the OxygenOS dark theme and “white_mode” refers to the OxygenOS light theme in Display Settings. To get the color that you want, replace the x’s with the hex number of the color you want. You can use this website to calculate it! Once you’ve made the change, go to Display Settings and re-select your current theme in order for the change to stick.

Monochrome mode can be enabled via adb. We aren’t sure really why it may be useful, but you can.

Another somewhat useful feature you can enable through adb is automatic phone call recording! All recordings are stored in /storage/emulated/0/Record/PhoneRecord in aac format.

where W is the horizontal resolution and H is the vertical resolution. For example, changing the resolution to run at 4K would involve entering 2160×3840.

So now that you’ve learned just how customisable your OnePlus device is, either go check out the application or check out the articles or adb commands above! There’s plenty you can do and change, so we recommend trying them all out if you’re on Oxygen OS 4 or above!