The Android Debug Bridge, or ADB for short, is a nifty development tool to interface with your phone for debugging and testing. Through ADB, developers can access Android’s built-in Linux command line shell with greater privileges than user-installed apps. This gives developers the ability to install or uninstall apps, grant or deny permissions, change system settings values, and do much more, all from the command line. Although intended for developers, these commands are also useful to help you debloat your phone, tweak hidden settings, and enable other options.

ADB commands can be sent to a phone that’s either hooked up to a PC or connected to the same wireless network as the PC. They’re generally sent from a PC’s terminal or command prompt window and can’t be sent from the phone itself unless it’s been rooted. However, through an app called Local ADB Shell, or LADB for short, ADB commands can be sent straight from the phone without the need for rooting it or connecting it to a PC.

Developed by XDA Recognized Developer tytydraco, LADB leverages Android’s built-in support for ADB over WiFi to provide a GUI for sending shell commands straight from the device. Search for “terminal emulator” on Google Play and you’ll find dozens of apps that provide access to Android’s command line shell. What sets LADB apart from the rest of these apps is that it bundles an ADB server within the app, which is what allows it to be set up to run shell commands with the same privileges as ADB shell. With ADB shell privileges, you can do things like debloat your phone, change hidden settings, and a whole lot more right from your phone.

In order to set up LADB, though, you’ll first need to enable ADB over WiFi, but the process to do so will differ depending on your device and Android OS version.

For devices running Android 10 or older, ADB over WiFi can be enabled after some initial setup from a PC. That means on older Android versions, you’ll still need to go through the process to set up ADB on your PC. Once you do that, you can then have the app send commands to the ADB server started on the device.

Thanks to Android 11 introducing native support for wireless debugging, LADB can be set up entirely on device without needing root or hooking up to a PC for initialization. Here’s how you can set up LADB on your Android device. We’re assuming your device runs Android 11 for the sake of this tutorial because if not, you’ll have to manually set up ADB on your PC to get it working anyway, which defeats the main purpose of using LADB. (If you own a OnePlus phone that runs OxygenOS 10 based on Android 10, though, you can use LADB wire and PC-free since OnePlus baked in their own wireless debugging feature.) 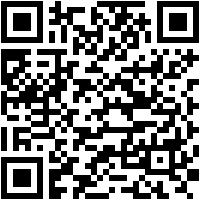 If you’re having trouble setting up LADB, be sure to hit the three-dot menu icon in the top right and go to the Help section. Here you can reset the server which restores the app to factory settings and deletes pairing information and ADB server files. You can also read through the troubleshooting tips to find answers to frequently asked questions.

I’ve used LADB on a couple of different devices, including an ASUS ZenFone 7 Pro and a Google Pixel 4 running Android 11. I haven’t had much trouble setting it up on either, but I did notice that any Android TV device with “Network Debugging” enabled will strangely interfere with LADB’s pairing process. If you’re having trouble with pairing and have an Android TV device, check to make sure that “Network Debugging” isn’t turned on. You’ll know it’s interfering if you see an ADB authorization prompt show up on your TV whenever you try to set up LADB on your phone.

If you have any feedback or questions to ask the developer, check out the XDA forum thread for LADB linked below or email the developer at [email protected]. The app is also open source if you’re interested in compiling it for yourself — the price on Google Play can be considered a donation towards the developer for making this app!