The XDA forums are full of developers who make lives easier for those who want to mod their phones. Whether it be an app for controlling superuser access, changing governors on your CPU, overclocking, flashing, or many other functions. DevCheck is yet another application that helps tech-savvy people find technical info about their device. It is made by XDA Recognized Developer flar2. He is the one who brought one of the best custom kernels, ElementalX, to life. The application is free with an option of a paid $2.49 in-app purchase, which offers some neat features and also gives you an ability to support the developer.

Let’s start breaking down all of the features that make DevCheck stand out from its competitors. The first and the most obvious one is its beautiful user interface with absolutely no ads. At the first screen, you can see real-time info about your device, like current CPU status, battery situation, network signal strength, RAM, and internal storage. Tapping will open up a new screen with more details. You can see the status of big and little clusters on your CPU to understand how your device handles the tasks you throw at it. As you see, all the info is detailed and displayed beautifully. Another difference between other system info apps will make mobile photographs happy. DevCheck has the ability to list every little detail about your phone’s cameras. It shows you details like crop factor, the field of view, focal length, pixel size, and much more. Previously, if you wanted to see all these details, you had to search for it on Google. Some manufacturers don’t even list that much details about the device’s cameras. Of course, this feature requires access to the camera permissions. Other hardware such as CPU, GPU, RAM and internal storage have their own category. CPU info includes details like how many cores does the chipset have, how much frequencies do they run on, what governor are they using, and more. Graphics info tells you things like screen resolution, available GPU, OpenGL, and Vulkan support (if available). Even the screen frame rate. RAM and storage categories have real-time progress bars and number indicators. Internal storage even shows the file systems of the partitions. The other addition that some people may be interested in is that DevCheck can show paired and nearby Bluetooth devices. Of course, it turns on the Bluetooth on the phone to make the information available. The system tab shows information like device manufacturer, logo, full name and model of the device, codename, even bootloader and radio versions, IMEI, Google Services Framework ID, system version, root and busybox access, kernel version, device’s architecture, and more. The sensors tab shows, well, sensors of your device. You can see some cool stats about light, gravity, magnetic field and pressure on your device. Every one of them are so detailed that you probably won’t ever need to use Google to find info about your device. These are some of the features that you get with the free version. The pro version features floating monitors to show CPU, temperature, and network activity. Flar2 mentioned that he uses these during kernel development to see real-time effects while tweaking CPU to maintain stability. You may not use it for developing kernels, but they’re still useful to monitor the usage of your thermals, etc. You can even change size and transparency, and dock them into a status bar. Here are the floating monitors in action. I enabled CPU, RAM, and battery monitoring, but as you can see from the screenshot below, you can enable many more. The pro version also lets you change the theme. There are 9 colors you can choose from and they can be applied on both white and dark themes. As you probably have guessed, we can’t really include every feature the app has in this article. We strongly recommend you to download the application. If you enjoy the app and find it useful, consider supporting the developer by purchasing a pro version or donating. 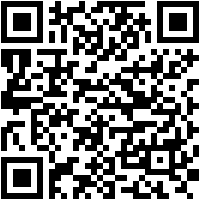 Note: this article is not sponsored in any way by the developer of DevCheck. The developer is an active contributor on our forums and as a courtesy, we generally cover applications, modifications, or anything else made by active members that we think our readers might be interested in. If you have shared something on our forums that you think deserves a shout out on the Portal, send us a tip.