Android Wear 2.0 has been a much-awaited update, with watches such as the Moto 360 Sport only now getting it while the update came out in May for the Huawei Watch. With the Wear 2.0 update came many improvements, including the device now being able to install applications directly on your watch and a keyboard to reply to messages. One of the downsides of the update is that do not disturb mode no longer synchronizes between your smartwatch and your phone. In this tutorial, we’ll show you how to sync do not disturb mode between your two devices. We gave a shout out to this application back in May, and today we’ll show you how to set it up!

Do Not Disturb Sync for Android Wear 2.0

We will be setting up this application on our phone and our watch. You will need to set up adb on your watch. The steps are largely the same for Android Wear, but screenshots of the process are shown below. You don’t actually have to debug over Wi-Fi, but I find it most convenient. Once done, connect your watch to your computer using the following command.

The IP you connect to depends on the address your device shows under “Debug over Wi-Fi”. A prompt should appear once your computer connects, allow your watch to be debugged. Once you have connected, you are ready to begin. No commands for initial setup are required if you are not using Wi-Fi.

Setting Up the Phone

To set up the phone, first download the application “DND Sync for Wear” below from the Google Play Store. 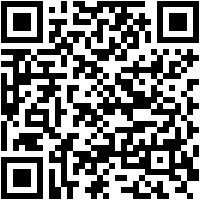 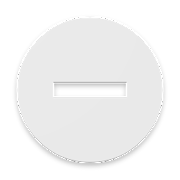 Now that you have installed it, open the application and enable the “Do not disturb” permission from within the app. You are now finished on the phone side of things. Tap the toggle for “DND Sync for Wear” and tap “Allow”

Setting Up the Watch

Once you have installed the “DND Sync for Wear” on your phone, your Android Wear watch should notify you to suggest installing the application on the watch too. Tap the notification and install it. If you are not notified, open the Google Play Store and scroll down to “Apps on your phone”. If you still can’t see it, search for it yourself. You can simply search the package name “rkr.weardndsync” on the Google Play Store to find the application on your watch.

Once you have installed it, open the connected adb and run the following command.

The application that is installed is simply for communicating the current state of “do not disturb” to the watch. The command we ran via adb for the watch is doing the exact same thing as the toggle above, except on Android Wear there is no GUI for enabling notification listeners (which is required to manage Do Not Disturb mode). This is why we require adb for the watch and not the phone. If we enabled the notification listener on the phone but not the watch, disabling do not disturb on the watch would disable it on the phone but not vice versa.