Dropbox Plus users were treated to a slew of new features today, including the company’s new password manager, PIN-protected folder, and computer backup.

In a blog post, the company announced that Dropbox Passwords, Dropbox Vault, and computer backup are no longer in beta and are now available for users on Dropbox Plus (and Professional) plans.

Dropbox Passwords uses zero-knowledge encryption so saved passwords and logins are protected and only accessible to users. When you install the browser extension or mobile app and visit a website or app with a login field, Dropbox Passwords can autofill your information, making sign-in seamless. Passwords sync across an unlimited number of devices that run Windows, Mac, iOS, or Android, and if you run Google Chrome, Firefox, or Edge on desktop, you can also import your existing passwords. The iOS and Android apps support biometric authentication (Face ID or Touch ID on iOS or fingerprint scanner on Android), and the app also automatically locks itself after a period of inactivity or when the device is locked.

Dropbox Vault provides users with a place to secure and organize sensitive documents. Using a PIN for secure access, Dropbox Vault users can store sensitive documents such as a Social Security card, bank statements, and more. Files saved in the Vault won’t appear anywhere outside of it, so they’ll remain secure even if someone gains access to your device or account (and they don’t know your PIN). Users can share these files with trusted friends and family in case of an emergency by setting them as trusted contacts. Vault can be accessed from the desktop and mobile apps for Windows, Mac, iOS, and Android or from the web at dropbox.com. The Vault is listed alongside your existing files and folders but cannot be synced to your PC’s storage.

Finally, Dropbox’s new computer backup feature will allow users to automatically back up files from folders like Desktop, Documents, and Downloads on their PCs. Users won’t need to manually drag and drop files from Finder/File Explorer into their Dropbox account. As you’d expect, these files and folders are continuously synced, so you can access them from any device, like that new computer you just got. 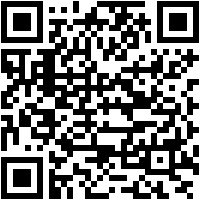