If you’ve ever used a dual-monitor setup before, you’d probably agree that having a second screen greatly improves productivity. But while multiple monitors are ideal for work, lugging a monitor around wherever you go isn’t really feasible. You could choose to invest in a portable monitor or you can simply download the Duet Display app.

Duet Display, which was recently ported over from iOS, allows you to turn your Android phone, tablets or Chromebook into a secondary display for your Windows or Mac PC. The app works over both wired and wireless connections, boasting of a seamless and lag-free experience.

While the concept isn’t all that new, older apps like Air Display 2, iDisplay and Splashtop Wired XDisplay don’t work all that well. In contrast, the team behind Duet Display claims that there is zero lag when using your Android device or Chromebook as a secondary display. On top of that, the app also enables touch support and gestures, allowing you to interact with your PC like never before.

In an email exchange with The Verge, Duet’s CEO and founder Rahul Dewan said, “Performance is already very close compared to iOS…Given that our iOS product has five years of work in it, we expect them to be equal as we continue developing Android and find new optimizations.”

Apple is also expected to release a similar feature called Sidecar in macOS Catalina. When asked whether the upcoming feature might affect the app’s popularity Dewan added, “Sidecar is a free product made for casual users…and we have many features they don’t. So even on newer iPads, the serious professionals who want to use the product every day and integrate it into their workflow will likely prefer the performance & customizability of Duet.”

On top of that, the app’s cross-platform support is expected to attract even more users who haven’t completely given in to the Apple ecosystem. The Duet Display app supports devices running Android 7.1 or later and it’s currently available at an introductory price of $9.99. 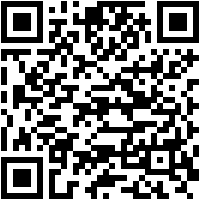 Story Via: The Verge