When Andy Rubin first unveiled the Essential Phone, many were amazed by the bezel-less design the company was able to come up with. One feature that stuck out though (literally) was the camera and sensor cutout at the very top of the display. Other OEMs such as Sharp and Xiaomi decided to embed the camera and sensors in the bottom chin bezel of their bezel-less phones, but Essential went down a different route. This is actually a feature that some assumed would be very distracting when they first saw the smartphone too.

Reviews poured in and a lot said that the camera and sensor cutout weren’t as distracting as they had first thought. Current owners of the device say that your eyes just start to ignore it and that you stop noticing it, until certain apps make its existence too obvious to ignore. While certain applications are allowed to blend into the status bar on the Essential phone, not every application is able to do so.

Here’s an example of what an application looks like on the Essential Phone when it does not cover the top of the screen. The rest of the application looks and functions as it should, but there’s a distracting space right above the status bar that just looks ugly. Thankfully, there’s a way to fix this issue without needing root. Essential actually has a whitelist of applications that are allowed to make full use of the status bar area, and thankfully we have a way of editing that whitelist.

Make Apps Fill the Screen of the Essential Phone

The easiest way to do this is to use an application called “Layout Whitelist Editor” available on the Google Play Store. 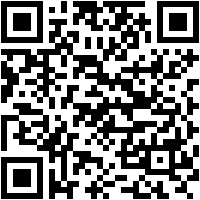 This is an open source app made by Reddit user TsFreddie on the /r/Essential subreddit, and it lets you add or remove individual applications to the application list. This was brought to our attention thanks to XDA Senior Member tw1tch175. All you have to do is install the application and then grant it a hidden permission via ADB, which we’ll show you how to do. Once you select the apps you want to whitelist, you should see those applications (especially 3rd-party launchers) start to take up the full screen of your device. If not, it is recommended that you go ahead and reboot the smartphone but it should work instantly. Applications should look much better after this has been done. The wallpapers of 3rd-party launchers (such as Action Launcher) should now expand to the top of the display so it will create a much more immersive experience. I say should here because not all applications play well with this setting in certain situations. A few people in our forums show it doesn’t work properly with Tapatalk, but then another person says this conflict is due to the application’s dark theme option.

Essential Products wants to make sure that the applications and games which are added to this whitelist work and look the way they should. Currently, developers have to request to be added to the whitelist, and while the company is working on a way to make that situation better, it may take a while for your favorite application to be added to that whitelist. Even the popular Nova Launcher was only just added to the Essential phone’s whitelist. Thankfully there’s a way for us to bypass the restriction the software has put in place.

Using the application above, we are able to manually modify the whitelist put in place by Essential. What the app does is write to the preference called Settings.Global.ESSENTIAL_LAYOUT_WHITELIST using a comma separated list of package names representing the apps that you want to whitelist. This is not unlike many of the tricks we outline in our previous tutorials, but the app makes this process far easier as you don’t need to deal with the command line anytime you want to modify this whitelist.

So there you have it. It was virtually impossible for Andy Rubin’s first smartphone to be exactly what everyone wanted, but at least there are some workarounds for some of its most glaring issues. Another complaint people have had with the phone is the camera, but there’s a workaround for that which at least improves the camera quality (even if it ignores the monochrome sensor).