Apple removed an app that exposed fake reviews on Amazon

Amazon has been cracking down on sellers engaging in paid reviews, which has seen the likes of RavPower, Aukey, and Mpow exiled from Amazon. Paid reviews can be a problem on basically any storefront, and it can be hard to try and discern what’s real and what isn’t. Fakespot was an app that you could download on iOS and Android to try and detect bad sellers and fake reviews on Amazon, but Apple has now removed it from the App Store after Amazon submitted a complaint saying that it was inaccurate.

Fakespot CEO Saoud Khalifah told CNET that the move came after a month-long back-and-forth between Apple, Amazon, and Fakespot. Amazon said in a statement on Friday that Fakespot “provides customers with misleading information about our sellers and their products, harms our sellers’ businesses” when it grades products and sellers on a scale separate from Amazon’s own reviews system. Amazon also said that it was not able to verify what Fakespot “is or is not doing, today or in the future, which is why this is a security risk”.

Fakespot will be back stronger than ever before.

Khalifah has accused Amazon of attempting to cover up fraud on its store, saying that “it’s a consumer right to know when you’re reading a fake review, if you’re getting a counterfeit, if you’re getting a product that is fraudulent that is going to harm you.” He said that his app is designed to highlight this fraud and that the “system is broken”.

The app was installed over 150,000 times since its release, and the company itself has raised over $5 million in funding, despite not making money off of its service at this point in time. Apple said that the app was removed because of “a dispute over intellectual property rights initiated by Amazon on June 8”, and that they had tried to work with both companies to come to a mutual resolution. Apple said it reached out to Fakespot again on June 29 before removing the app.

Fakespot is still available on Android, though it’s unknown if a report has been made to Google to have the app taken down from the Google Play Store. Amazon said that the products Fakespot rated as untrustworthy were inaccurate 80% of the time and that Apple’s review guidelines prohibit apps that spread “false information”. Apps that access another company’s service without permission are also not allowed, as per Apple’s review guidelines. 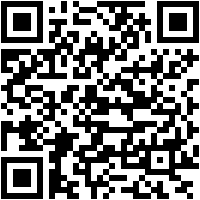